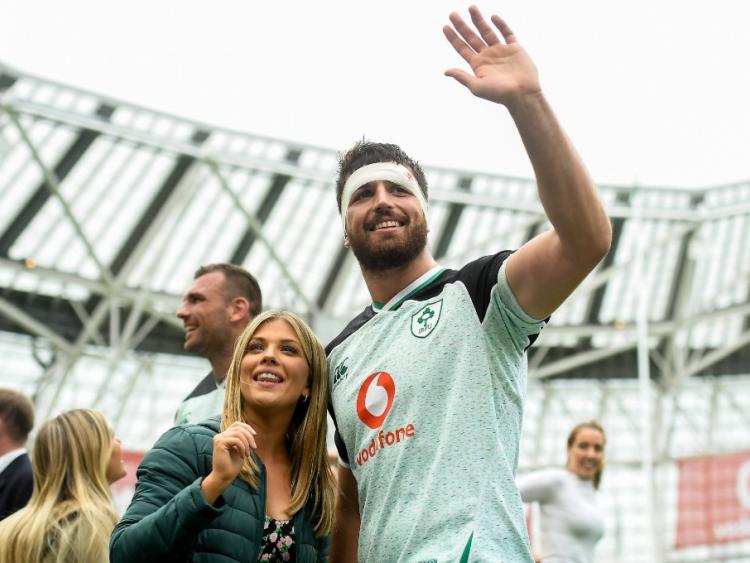 MUNSTER second row Jean Kleyn said he was ‘bloody delighted’ to have made his Ireland debut in Saturday's World Cup warm-up victory over Italy at the Aviva Stadium in Dublin.

Twenty five-year-old Kleyn joined Munster from the Stormers in his native South Africa in 2016, and completed his three-year residency qualification on Thursday last. The abrasive second-row made 13 tackles and nine carries as Ireland saw off Conor O'Shea's Italians 29-10.

The obvious downside from the game was the ankle injury sustained by Munster out-half Joey Carbery during the second half.

Speaking in the wake of his debut, Jean Kleyn said: “I have to say I am bloody delighted. It has been an absolute honour representing my adopted country for the first time.

“A lot of hard work and then at the end of the day it pays of. I am just grateful to Munster, all the work the coaches have done with meand obviously the Irish coaches as well for giving me a shot.

“All my family hopped on a plane from South Africa when they heard (I would be involved in this game), so there was a good few of them actually sitting in the crowd today, so I'm delighted about that. It is good to know I can share it with them as well.”

Ireland head coach Joe Schmidt was quietly optimistic for Carbery's prospects in relation to the injury.

Schmidt said: “With Joey (Carbery) the good thing is that I can say there is no fracture because we have had him x-rayed, but there is a bit of swelling to that ankle, so we are probably going to have to let that go down a bit over the next 24-48 hours, then probably get that scanned or if we don't think it is too bad he will work away rehabbing in Portugal, working his way forward to England, if not England, hopefully Wales.”