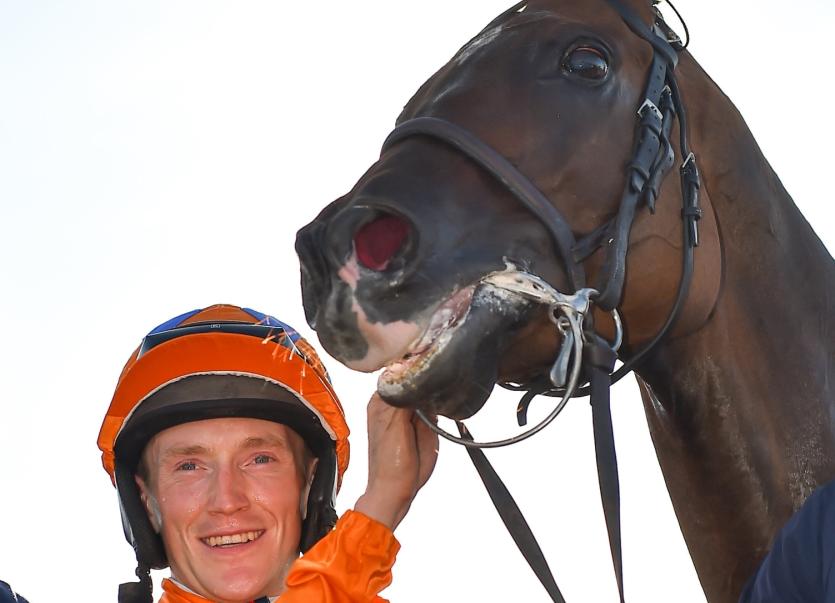 LIMERICK jockey Billy Lee scored a memorable big race success in France this Sunday when partnering Romanised to an impressive win in the Group 1 Prix Jacques le Marois at Deauville on Sunday.

Lee drew alongside Shaman on the Ken Condon-trained winner before quickening in style to win the prestigious contest well at odds of 5/2.

Afterwards Lee said: "It feels great. He had been running well all year to be fair to him. He was unlucky in Ascot that the gaps just didn't open.

"I think I would have given them a shout that day, but to be fair he bounced right back to form in the Curragh the last day.

“He’s been running well all year and it’s great to win such a prestigious race” – an ecstatic @wjlee24786 reflects on Romanised’s Prix Jacques Le Marois victory with @KFordEquidia… pic.twitter.com/Bt0qtwOPaQ

"We were confident coming here and the ground stayed lovely and everything, but just the way he went through the race, he just relaxed all the way and he picked up when I wanted him and even when I got there he relaxed for me again and I was able to sit for a few strides and when I gave him a kick in the belly and he did it well.

"It is such a prestigious race, it is great to win."