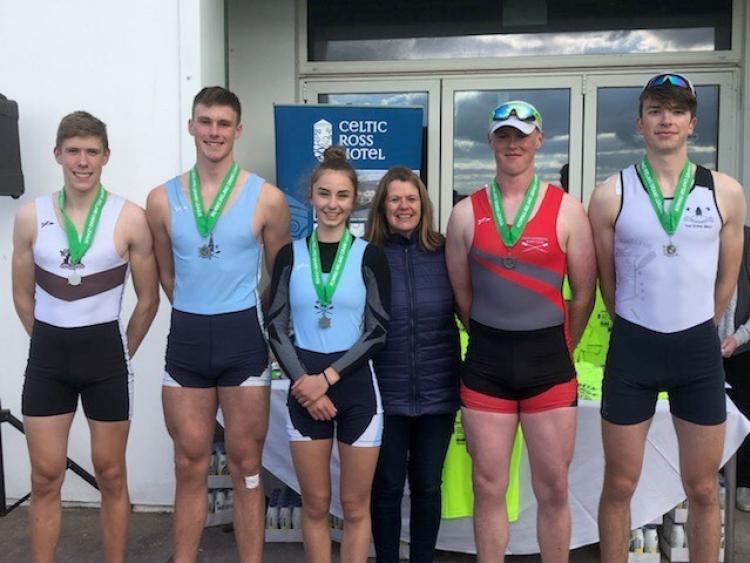 James O'Donovan (red), of Castleconnell Boat Club, and the Ireland JM4+ Crew which finished fourth in the A final at the World Junior Rowing Championships in Japan on Sunday

A LIMERICK rower was part of an Irish crew which finished in fourth place in the junior men’s coxed four final at the World Rowing Junior Championships in Japan on Sunday morning.

Castleconnell Boat Club's James O'Donovan and the Irish crew missed out on a medal by less than a second after a terrific performance in the final in Tokyo.

The Ireland crew made a flying start in the final rating 49 with France clocking 45. Ireland had finished second in their heat just behind China but only by 0.16 of a second.

The Irish got to the first 500m marker in the lead. However, the field remained tightly packed together. At the half way point just three seconds separated the entire field.

With the finish line in view China had the lead, just a bit ahead of South Africa. Germany had now got ahead of Ireland. Germany then powered through to overtake the Chinese crew and claim the gold.

Couldn’t be prouder of the crew. They gave it everything. 4th in the world is fantastic achievement ☘️☘️☘️☘️☘️ https://t.co/zXeLSOHI56

Seventeen-year-old James O'Donovan was a member of the Ireland junior men coxed four crew which scored a stunning silver medal success at the European Rowing Junior Championships in Germany last May.