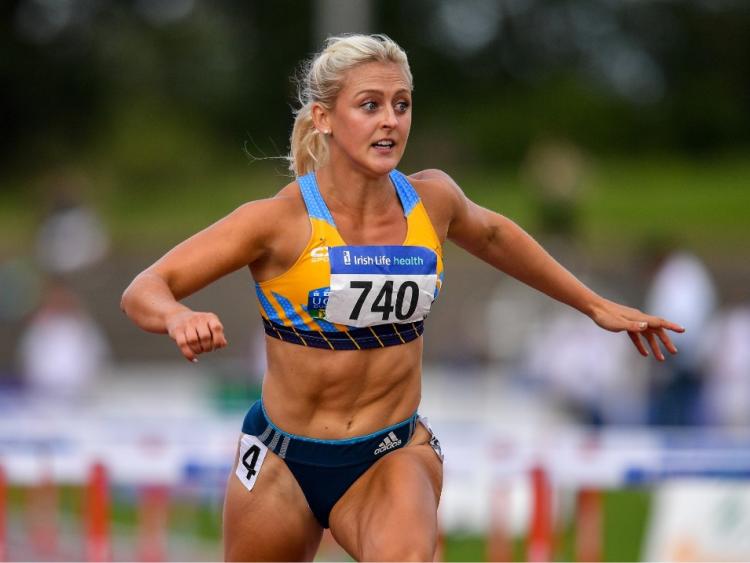 Lisnagry athlete Sarah Lavin made it safely through to the final of the Women's 100m hurdles after finished an impressive second place in their heat in a time of 13.39 behind winner Nadine Visser of the Netherlands, who clocked the fastest time of 13.20.

Lavin, of Emerald AC and UCD, will now compete in the final of the 100m hurdles which is due off at 12.19pm Irish time on Sunday.

The Limerick hurdler has been in excellent form this season as she recently won the women’s 100m hurdles at the National Athletics Championships in 13.30.

Meanwhile, to cap an excellent day for local female athletes in Norway, Monaleen sprinter Ciara Neville progressed to the final of the 100m when finising second in her heat in a time of 11.74.

The heat was won by Portugal's Dorcas Lorene Bazolo in 11.52.

Nineteen-year-old Neville, also a member of Emerald AC, is ranked third on her heat team among the finalists.

Afterwards the Limerick woman said: "It is really good to be here. The head wind made it difficult, but the conditions are the same for everybody. It is all about getting points for Team Ireland.

"We want to finish as high as possible, and we definitely want to avoid relegation."

The final of the 100m at the European Athletics Team Championships First League in Sandnes, Norway takes place at 2.07pm Irish time on Saturday.

The Limerick's athlete's 1,500m race in Norway is due to get underway at 12.44pm Irish time on Sunday.

Meanwhile, another Emerald AC athlete Jenna Bromell is a member of the Ireland 4x400m relay squad which will compete for Ireland in Norway.

The heats of the 4x400m relay are due off from 2.20pm on Sunday afternoon.