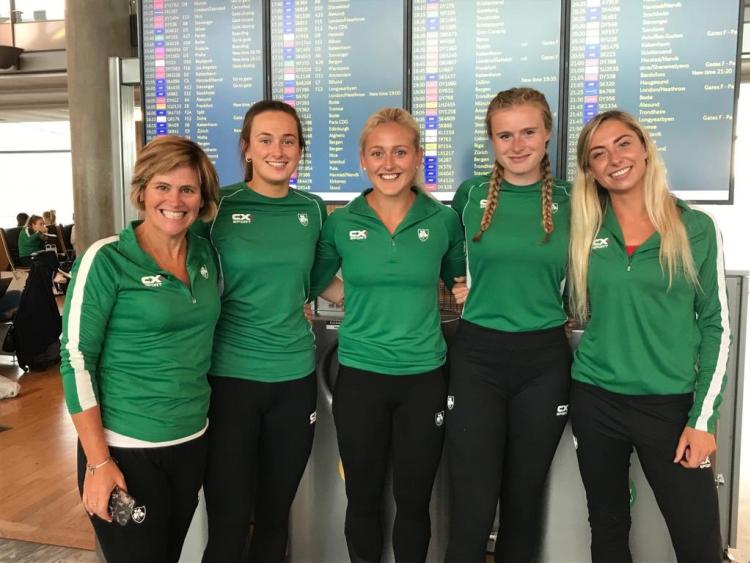 FOUR Limerick-based athletes are members of the Ireland squad which is competing at the European Athletics Team Championships First League in Sandnes, Norway which begins today, Friday.

Nineteen-year-old Ciara Neville, from Monaleen, competes in the 100m heats which begins this Friday afternoon. The in-form Emerald AC athlete is drawn in lane five for her heat which is due off at 3.58pm Irish time.

Neville is also a member of the Irish women's 4x100m relay squad which will compete at the European Athletics Team Championships First League on Saturday afternoon.

Lisnagry's Sarah Lavin, also of Emerald AC and UCD, is competing for Ireland in the 100m hurdles in the European Athletics Team Championships First League competition in Norway.

Lavin's runs from lane two in heat two of the 100m hurdles at 3.24pm Irish time on Friday afternoon.

The Limerick hurdler continued her fine form to win the women’s 100m hurdles at the recent National Athletics Championships in 13.30 from another personal best performance from Sarah Quinn (St Colman’s South Mayo) in 13.47 and another Limerick woman Lily-Ann O’Hora (Dooneen) in 13.60.

Emerald ACs Amy O'Donoghue will represent Ireland in the 1500m at the European Athletics Team Championships First League this weekend.

The Limerick's athlete's 1,500m race in Norway is due to get underway at 12.44pm Irish time on Sunday.

Meanwhile, another Emerald AC athlete Jenna Bromell is a member of the Ireland 4x400m relay squad which will compete for Ireland in Norway.

The heats of the 4x400m relay are due off from 2.20pm on Sunday afternoon.