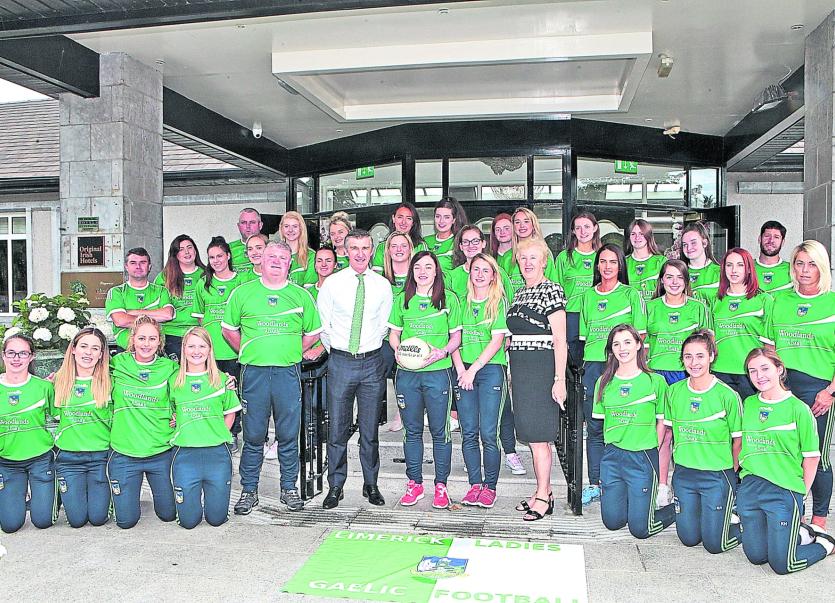 IT’S a “cup final” for Limerick ladies football when they play Laois in the TG4 All-Ireland Intermediate Championship relegation play-off.

The sides meet this Sunday (2pm) in Cahir with the losing side dropping down to the junior ranks for 2019.

Limerick must end a six game losing streak if they are to avoid making an immediate return to the bottom tier of the championship less than 12-months after Croke Park glory secured promotion up intermediate.

“It’s like a cup final – we have one hour of football ahead of us,” said Limerick manager John Ryan.

“The players in fairness have been great and for the last few weeks have trained great but of course you will have a little bit of a doubt after losing championship games but the bottom line now is that we have one hour of football ahead of us,” stressed Ryan.

Ryan said that Limerick have paid the price for slowly adapting to the intermediate ranks due to their position in Division Four of the league.

“The bottom line is that we need to get out of Division Four of the league. We have improved throughout the championship but it was a big step-up for us. It took us a while to get used to the pace of the game up at this level but once we got used to it I can see that we are able to compete,” he said, pointing to the Munster Championship against Clare and the All-Ireland Championship against Sligo as two games with positives aplenty.

“It’s still there for us if we want it,” stressed Ryan.

Limerick lost to Kildare, Sligo and Down in the All-Ireland series, while Laois were beaten by Clare and Tipperary.

“We couldn’t have got a tougher draw but they are after dropping down from Division Two to Division Three in the league so they aren’t going that well. They have a lot of runners up and down the flanks – they tend to work the ball through the hands and kick for scores,” outlined the Limerick manager.

“The margins are small as we have seen so hopefully all can go right for us on Sunday.”