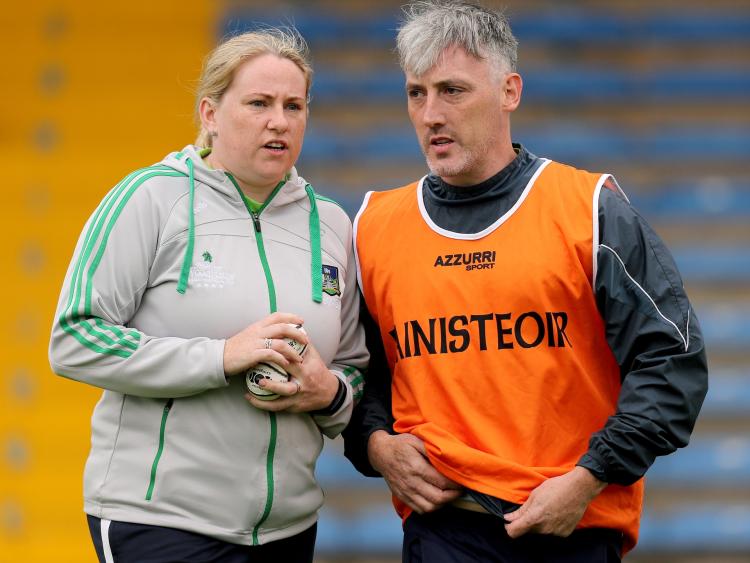 “I think the sky is the limit for them” said manager Declan Nash after Limerick played in the knockout stages of the All-Ireland Senior Camogie Championship for the first time in 14 years.

Limerick lost to Tipperary 1-10 to 1-5 in Saturday’s quarter final in Thurles but Nash is content that progress was made in 2019.

“We have to look at the positive side of the year and with this bunch of girls, the talent is there and they are young - they are an exceptional bunch and I just said to them that I don’t think in the rest of my days I don’t think I will work with a bunch as committed, dedicated and driven and as passionate as this group,” outlined Nash.

“On a day like today we are bitterly disappointed but you have to look at the progress overall. We have improved massively since November when we started. When we set out our mantra was to take it week by week and performance by performance and don’t focus too far ahead and I think we have done that. I think our championship performances have been quite steady bar against a phenomenal Kilkenny outfit when they had six forwards on fire and today when our second half performance was a little flat,” said the manager.

Nash spoke with media after addressing his panel of players in the Semple Stadium dressing room.

“I am hugely proud of the girls - that first half performance was probably the best that I have seen from this group of girls but it’s just unfortunate that we weren’t able to match it in the second half. It’s probably one of the worst places in the world on a day like today with the result the way it has gone,” he said of the losing dressing room.

”We just didn’t get out of the blocks at all in the second half - one score in almost the complete second half tells its own story,” he sighed.