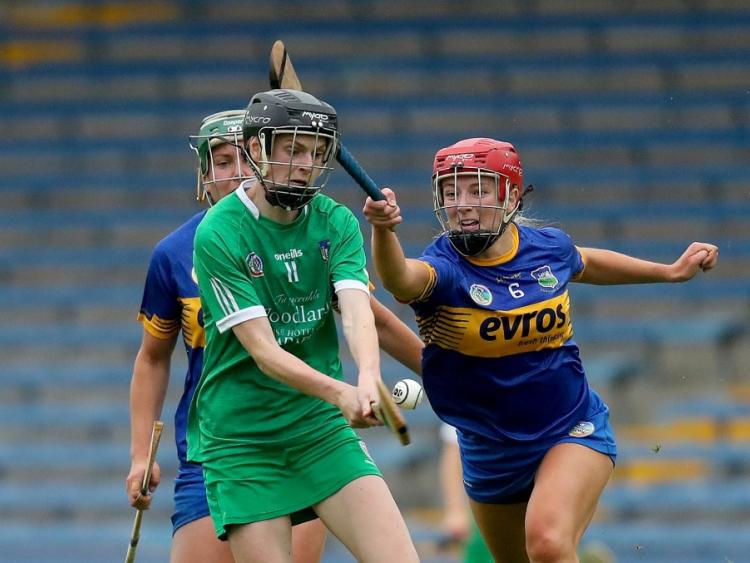 DEFEAT for Limerick in the quarter final of the Liberty Insurance All-Ireland Senior Championship this Saturday evening.

In Semple Stadium in Thurles it finished Limerick 1-5 Tipperary 1-10.

Limerick went 27-minutes of the second half without a score in what was a first game in the knockout stages of the championship since 2005.

It was a 30-minutes when they sides were level twice until Tipperary goaled in the 17th minute to move 1-2 to 0-2 ahead.

While all four Limerick scores came from play in the half, Tipperary's scoring was dominated by Cait Devane frees. Tipperary did create the more scoring chances though but were hindered by six wides, compared to just two wides for Limerick.

Niamh Mulcahy had the opening Limerick point in response to a Devane free.

But the Ahane star then had a penalty saved - Dearbhla Egan fouled in the fourth minute but the low drive from Mulcahy was saved.

Limerick were ahead on eight minutes - captain Caoimhe Costelloe with a fine score from distance.

Then came the Tipperary goal - Niamh Treacy's shot slipping through the hands of an unfortunate Limerick goalkeeper; Laura O'Neill.

Ereena Fryday added a point and the girls in blue and gold were 1-3 to 0-2 ahead after 18-minutes.

Two minutes later Niamh Mulcahy lit-up Thurles with a great solo effort for a goal. She carried the ball forward and finished cooly to the net.

It was left to Laura Stack to see out the first half scoring in injury time and just a point between the teams at the interval.

There was just one score in the opening 10-minutes of the second half - a Mulcahy point from play inside 60-seconds.

That levelled the quarter final for the third time.

Crucially Limerick couldn't get ahead and it was a Devane free that reopened the Tipperary account after 11-minutes of action to restore their slender lead.

The lead was extended out to three points with the game into the final quarter - Limerick without a score since the first minute of the half.

It was soon five-in-a-row for the home side to move the lead out to five points with 10-minutes to play - four of the five were Devane frees.

Tipperary were reduced to 14 for the final eight minutes when Ereena Fryday was sent off for a second yellow card offence.

Alas Limerick couldn't find a score until the 58th minute when Costelloe notched her second.