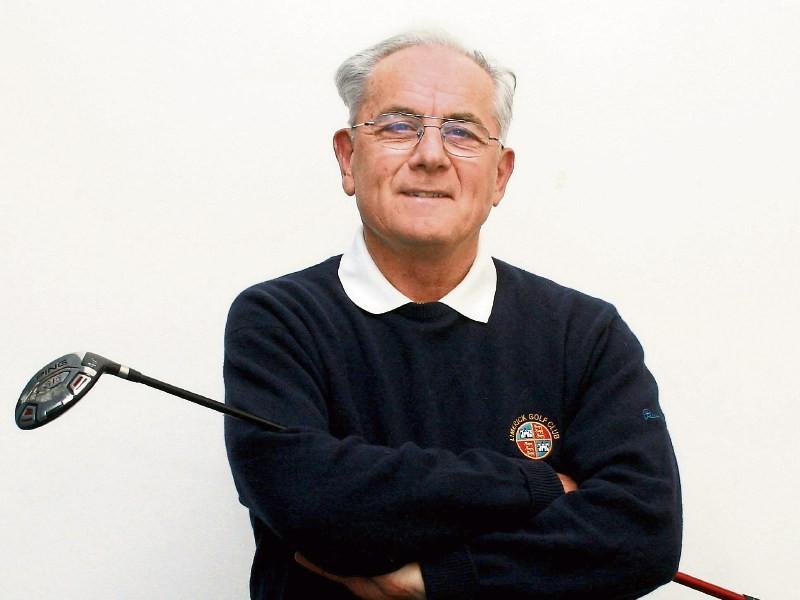 MUTT: Didn't see you since Shane Lowry's big win. How do you feel about it all now?

Jeff: It was the ultimate thrill but, to hear only a few days later that County Limerick will host the Ryder Cup in 2026, my cup of joy hath runneth over!

For one week, we were one, united island focused on the same goal; an Irish win! I hear the R&A hierarchy cannot wait to return to Portrush and are considering Portmarnock as possible future Open venue also.

The youthful demographic and the large number of families swelling the crowds at Portrush created the kind of tournament atmosphere the R&A seeks.

Mutt: Five Irish golfers have now won ten majors in the last 12 years; three from Ulster and two Leinster men. Isn't it about time we saw somebody from Munster, preferably the Midwest, competing at the highest level?

If someone from Offaly can do it, why not a Limerick or Clare man?

Jeff: Instead of improving, our Limerick and Clare golfers are falling off the charts. Only three Limerick golfers managed to qualify for the match play rounds in The South and none from Clare; not a single one from the host club and none of them got past the first round. How times have changed.

Mutt: The standard is very high. The qualifying score was the lowest ever. To make the match play rounds, you had to play to scratch. But, isn't that as it should be? Everyone had entered off a scratch handicap, why shouldn't they be expected to play to it?

Jeff: You cannot get away from the fact that the South and Lahinch GC has a crucial influence in the wellbeing of Midwest golf.

As things stand, the South does practically nothing for 'forgotten' one and two-handicappers who aren't even given the opportunity to play in the championship, while at the same time, it's obvious that locals who do play in it, year after year, and who consistently fail to qualify for the match play rounds are unworthy of their scratch status.

Mutt: With the entry confined to, as good as, plus-handicappers these days, the field is an elite one although half the size that it could be, or used to be, at the expense of local golfers and the economy of the village, which is wrong.

If the two courses at Lahinch were used for the qualifying rounds the field could be doubled and so would the opportunity for a local (who cannot gain entry in the current system) to test himself; maybe, even create a surprise and cause a bit of a stir?

The promotion of Midwest golf should receive more consideration and support from the South Committee than it does.

Jeff: By all means, seed the handful of players who may deserve the privilege straight into the match play (as was done this year) but giving more locals a chance to qualify should also be a priority.

If the North of Ireland at Portrush can use its two courses and the West of Ireland at Co Sligo can run a special pre-qualifier over 18-holes the week prior, why can't The South Committee do something similar?

It would give local golfers a badly needed incentive to improve or face the reality of always being on the outside looking in at 'their own' championship, not to mention the embarrassment of having their handicaps questioned.

Mutt: The US Open Amateur Championship is arguably the premier amateur tournament in the world and certainly the most difficult one to win, fully embraces the participation model of giving 'everyone remotely worthy of it a chance to compete'' by having an entry handicap limit of 2.4 and holding 96 regional qualifiers throughout its vast continent.

7,192 golfers entered in 2019 with 312 eventually making it into the tournament proper, but Lahinch cannot open its doors to more than 150.

Jeff: Lahinch Golf Club has the opportunity to make its championship (the first of its kind in Ireland, founded in 1895) to stand out from the crowd by accepting 300-entries to play in a 54/16 format.
54/16 would make for a unique and much more attractive tournament on so many levels.

That extra round of stroke play (with a cut after 36-holes) and only 16-qualifiers would favour the better players while at the same time retaining the traditional match play segment that is so useful in developing the 'bullet-proof winning mentality' that Padraig Harrington advocates.

Mutt: I am not sure if the reason why such a small crowd attended the semi-finals and final last Sunday was due to 'spectating saturation' following the recent Irish and British Opens or, if there was a silent protest by disgruntled local golfers for keenly felt reasons that it would be wise for me not to mention here.

Jeff: In spite of all of the pre-tournament favourites and seeds departing early and four relative 'unknowns' reaching the last four on Sunday, the golf was fascinating.

Sean Desmond (Monkstown) following in the footsteps of his Limerick-born, golf coach, Cian McNamara with one of the most tenacious performances I have seen in a long time was crowned the 118th South of Ireland Open Golf Champion by the slimmest of margins.

Sean holed one putt more or, missed one putt less than his unlucky opponent, Keith Egan is the only way of looking at it.

Mutt: That's match play golf! When you win, you win. When you lose, you lose. Being second by a whisker doesn't count.