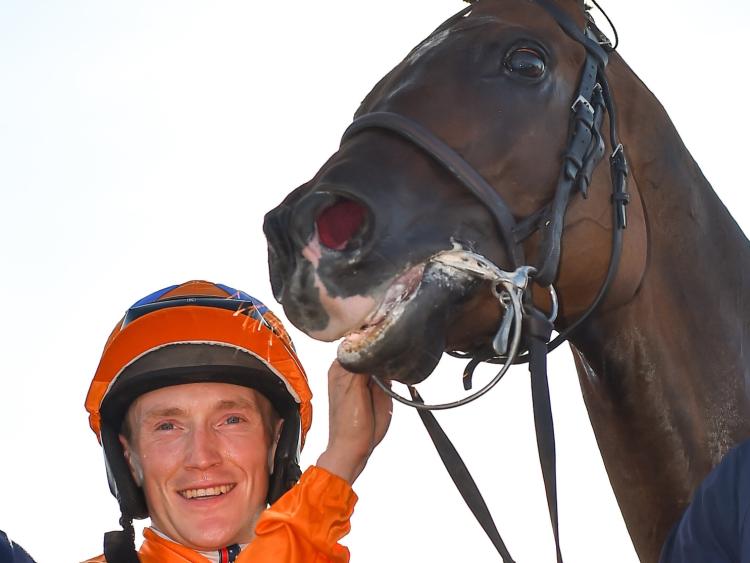 LIMERICK jockey Billy Lee was the toast of punters at the Galway Summer Festival on Tuesday evening when landing the Caulfield Industrial Handicap aboard One Cool Poet.

Talented Ballingarry horseman Lee got his mount, a seven-year-old gelding, up by a neck, in the shadow of the winning post.

One Cool Poet was returned at odds of 7/1, the Matthew Smith-trained winner beating 15/1 shot Emphatic into second place in a thrilling finish.

Billy Lee has a great record at the Galway Summer Festival and was leading flat rider in Ballybrit at the 2018 Festival when booting home three winners.

Following his latest win at Ballybrit on Tuesday night winning jockey Billy Lee said: "He (trainer Matthew Smith) said whatever way I can ride him but 'don't get there until the last 50 (yards)!'

"I even got there too soon!

"In fairness when he stuck his head in front he was just doing enough. He's a clever old boy, but thank God he won."