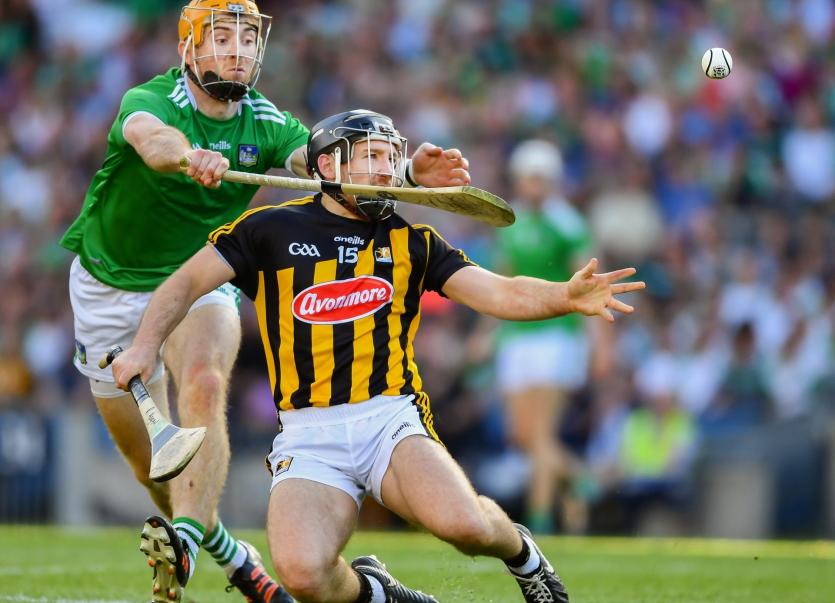 Limerick hurler Richie English, in action against Kilkenny's Richie Hogan at Croke Park on Saturday, lined out for Oola in their Co SFC win over Na Piarsaigh on Tuesday night

OOLA, boosted by the presence of Limerick senior hurling stars Richie English, Darragh O'Donovan and Pat Ryan in their starting line-up, secured a precious 2-11 to 1-9 victory over Na Piarsaigh in their Irish Wire Products Limerick Co SFC Round 3 tie played at Claughaun on Tuesday evening,

The Limerick senior hurlers were lining out for Oola just 72 hours after their dramatic All-Ireland senior hurling semi-final defeat to Kilkenny at Croke Park.

Oola, who also included Mikey O'Brien, who is a member of the extended Limerick senior hurling squad, led Na Piarsaigh 2-5 to 0-4 at half-time.

The East Limerick side's first half goals came from a Josh Ryan penalty and one from Keith Bourke. Kieran Daly replied with all of Na Piarsaigh's first half points, including three points from placed balls.

A goal from William Henn for the City side five minutes after the re-start helped them reduced their arrears to just three points, However, Oola held their advantage and stretched clear in the final quarter to score a deserved five-point win.

The win ensured Oola made it three wins from three in Group 2 of the Limerick SFC, while Na Piarsaigh have won one of their group games to date.