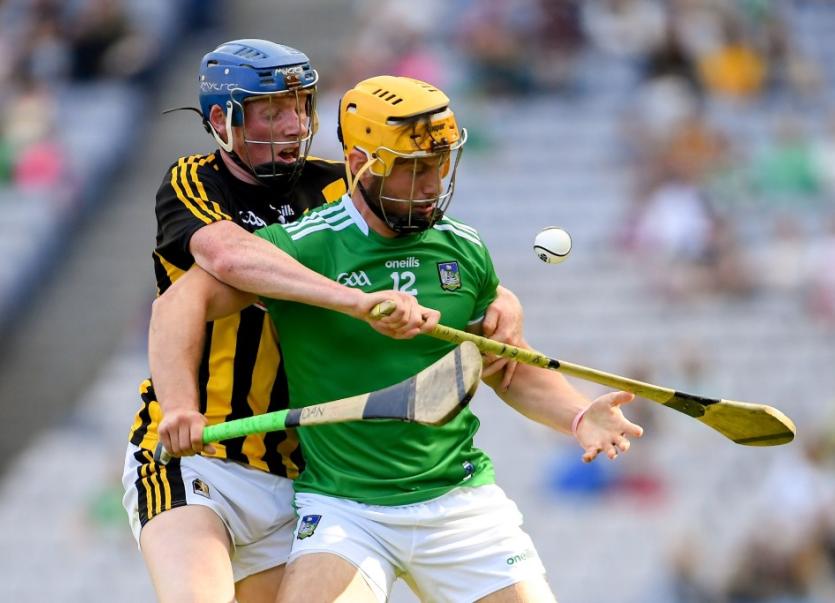 KILKENNY dethroned All-Ireland champions Limerick in a pulsating semi final in Croke Park this Saturday evening. The All-Ireland SHC semi final finished Kilkenny 1-21 Limerick 2-17. Brian Cody's side led from start to finish, albeit just a point between the teams at the final whistle.

Indeed Limerick could have had a late late chance to equalise but a deflection on a Darragh O'Donovan lineball out for a '65 was missed by the officials.

Ultimately Limerick paid the price for a slow start.

Watched by 55,001 Kilkenny were 1-12 to 1-9 ahead at half time. It was an opening 35-minutes dominated by the men in black and amber - winning puckouts, forcing turnovers and bringing huge intensity.

But Limerick did eventually grow in to the tie - keeping Kilkenny scoreless from open play between the 13th and 36th minutes.

While the scores from play were restricted TJ Reid continued to make in-roads from play in this period.

For all the failings, the Limerick full forward line were on top and all three were carrying the scoring threat.

It was 0-6 to 0-1 after nine minutes with Aaron Gillane the only early Limerick scorer in the sixth minute.

Graeme Mulchay won great possession and pointed from distance in the 11th minute and Limerick looked to be growing in stature but alas Kilkenny weren't finished.

On 27-minutes Tom Morrissey became the first outside of the full forward line to score and it was among a run of four successive Limerick scores.

The final of the four was the Limerick goal - Gillane fouled under a long range Diarmaid Byrnes free and a penalty awarded.

Gillane made no mistake with a blistering penalty and the lead was down to two points.

Richie Hogan saw out of the scoring and Kilkenny brought a three point lead into the break.

It was a half when Limerick for all their lack of possession hit nine wides, while The Cats had just four.

Limerick lost captain Declan Hannon at half time with Barry Nash coming into the team at wing back and Dan Morrissey going to centre back.

Ten minutes into the new half it was a a one point game - 1-14 to 1-13 with Gillane from play and from frees edging Limerick closer.

But Kilkenny kept the gap between the teams with Adrian Mullane and John Donnelly points.

Barry Nash again cut the gap to one point and now 50-minutes played but again Mullen hit back.

With the Limerick wides tally up to 13, Kilkenny found the scores to move five clear as the game entered the final 10-minutes and Shane Dowling and Darragh O'Donovan into the game.

The four points in a row a killer to the Limerick aspirations of a fight back.

Just as the game looked to be slipping away, Dowling stepped up with a wonderful finish for a 63rd minute goal.

All of a sudden it was a two point game again and next score crucial.

The next score came to David Reidy and it's a one point game with 66-minutes on the giant clock in Croke Park.

With his first touch James Maher had the lead back to two point in the first of five minutes of injury time.

Then Eoin Murphy came to the Kilkenny rescue - saving from Reidy drive for goal.

Byrnes scored the resulting '65 and just a point between the teams.

Alas not late dramatic equaliser with the last gasp O'Donovan lineball waved as the 15th Limerick wide and not a '65.