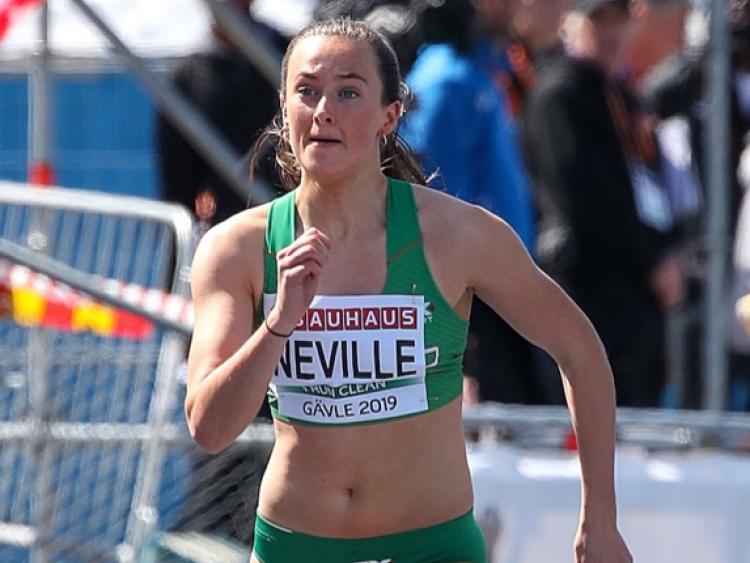 The evening session at the European U23 Athletics Championships in Gavle, Sweden produced some battling displays by Irish athletes. Limerick's Ciara Neville Molly Scott (SLOT) made the final of the 100m with terrific displays into a headwind. Neville finished third in 11.75 to qualify automatically for the final with Scott fifth in 11.78 – qualifying as a fastest non-automatic. Unfortunately their relay team-mate Gina Akpe-Moses (Blackrock Louth) didn’t advance to the final, finishing 6th in her semi-final in 11.90.

Nadia Power (Templeogue) powered to the women’s 800m final finishing second in the last semi-final in 2:05.36. However Jenna Bromell of Emerald AC finished fifth in heat 1 in 2:08.44 and Louise Shanahan (Leevale) was fourth in heat 2 in 2:08.31, both missing out.

In the World University Games in Napoli, Limerick's Sarah Lavin just missed out on a bronze medal, finishing fourth in the final of the 100m hurdles. The former UCD student, now physio in Limerick, missed out on the medal by .19 of a second. An amazing performance following a year plagued with injury. 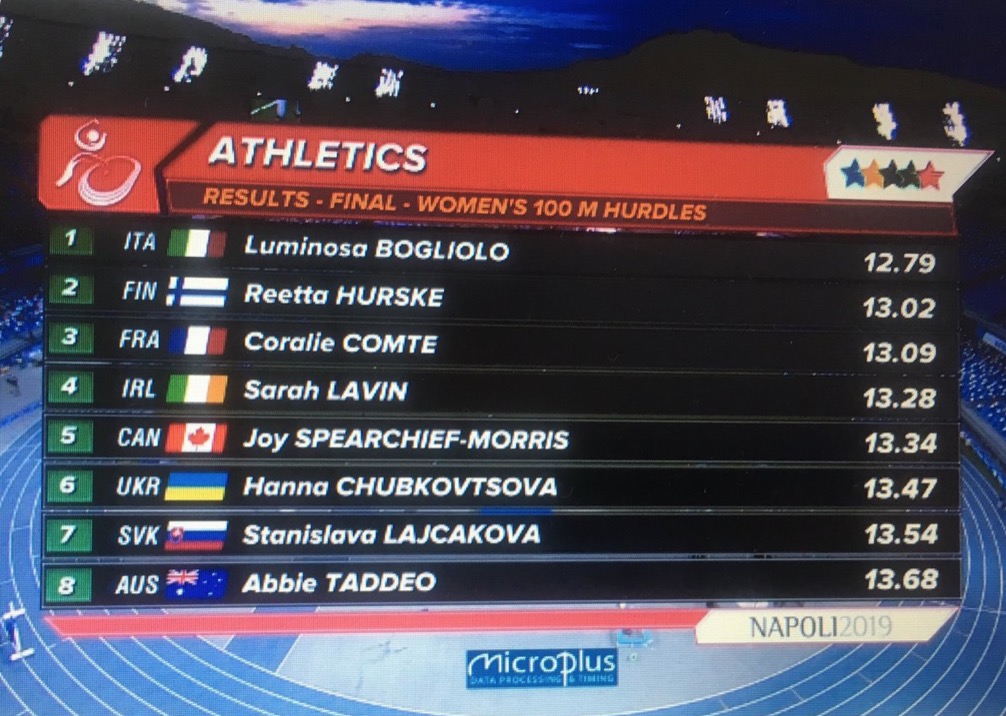