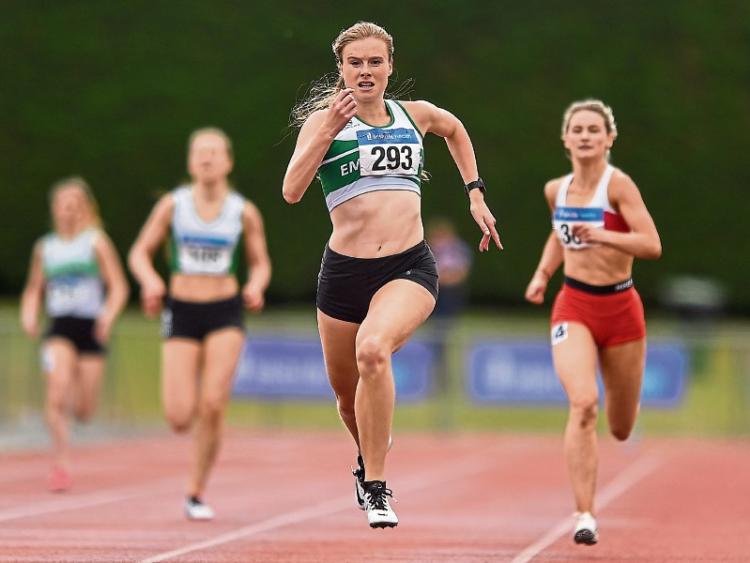 Jenna Bromell of Emerald A.C., Co. Limerick, on her way to winning the U23 400m event during the Irish Life Health Junior and U23 Outdoor Track and Field Championships at Tullamore Harriers Stadium

Held on Monday 1st July in south Limerick, the race was won by Sean Doyle (North Cork) in a new course record of 19:38. Sean Cunningham (West Limerick) in 4th was first Limerick finisher in 22:26.

Liam Lynch was first Dromcollougher athlete in 25:15 and 13th overall. Lisa Hegarty (Leevale) was the women’s winner in 24:50. First Limerick woman was Helen O’Sullivan (West Limerick) 4th in 30:14. Meanwhile Seán Quirke (Bilboa) came 1st in the MMRA Carrauntohill Classic 2019 in a time of 1:37:38