Colm Kinsella, at the Irish Open in Lahinch 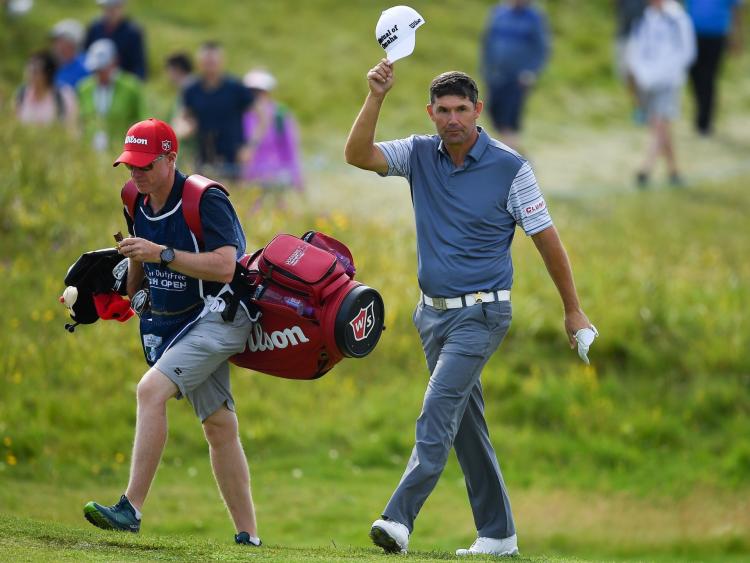 FANS' favourite Padraig Harrington fired his lowest opening round on the European Tour for 18 years to take a two shot lead on day one of the Dubai Duty Free Irish Open at an enthralled Lahinch Golf Club.

Backed by a large and vociferous home crowd at the famed West Clare links, Harrington carded a 63 that is his lowest round ever at his home Open and moved him to seven under.

Three-time Major winner Harrington is making his 24th consecutive appearance in the Irish Open this week. Harrington recorded eight birdies and a solitary bogey to establish a new course record.

The home favourite won this event at Adare Manor Hotel and Golf Resort in 2007, the same year he claimed the first of his back to back Open Championships.

Forty seven-year-old Harrington showed his remarkable links prowess again on a sun-kissed opening day at Lahinch Golf Club to take a two-shot lead in the clubhouse.

Harrington went to the turn in 30 and kept his momentum to move ahead of a posse of European stars who he is set to skipper at the 2020 Ryder Cup.

By late on Thursday evening some 64 players were under par at Lahinch, with 30 players within four shots of Harrington's lead score.

Harrington will tee off at 8.30am on Friday in round two of the Irish Open alongside Tyrrell Hatton and Ian Poulter.

Bumper crowds are again expected at Lahinch on Friday and over the weekend.