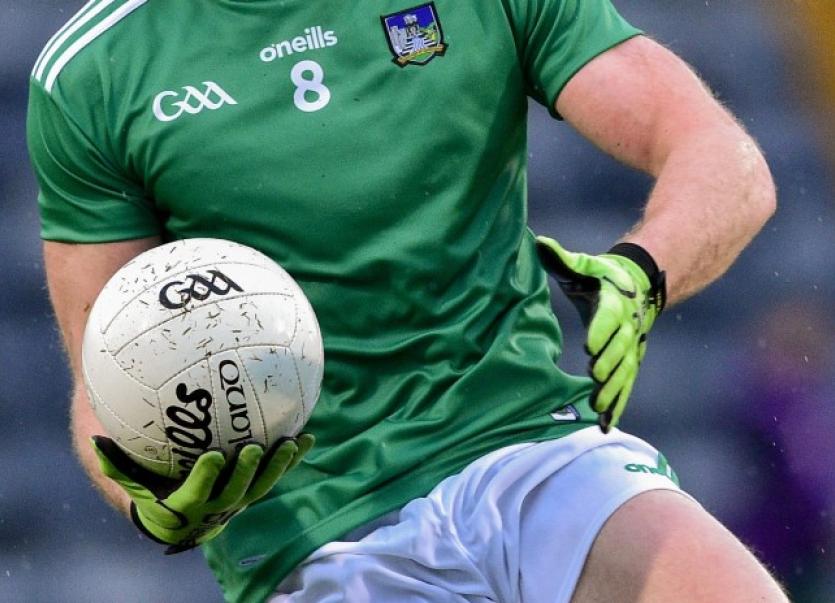 LIMERICK found an injury time winner to defeat Tipperary in the Munster U20 Football Championship this Tuesday night in Thurles.

Limerick battled back from eight points down to lead for the first time in injury time and advance into a July 11 Munster semi final with Kerry in Tralee.

Tipperary led until Limerick levelled for the first time in the 56th minute.

The home side battled back to lead again but Niall McAuliffe and Jack Downey ('45) sealed a merited win for Limerick.

Tipperary were 0-8 to 0-5 ahead by half time. It was an opening half which saw Limerick lose two of their full back line to injury inside 17-minutes - Darragh Woulfe and Cillian Ferris.

The home side in Semple Stadium hit the ground running and had three points scored before Limerick opened their account in the seventh minute.

That first Limerick point was a fine finish from Noel Callanan and within a minute James Molyneaux added another fine point and Jerry O'Sullivan side were up and running.

Back came Tipperary with another three-in-a-row to leave 0-6 to 0-2 at the mid-point of the half.

While the men in blue and gold were clearly on top, two Jack Downey frees all of a sudden had Limerick just a one in arrears.

Callanan kicked his second and prompted Tipperary to move a wing forward back to corner back to man-mark the St Kierans man.

Callanan almost had a Limerick goal in the 21st minute when he raced onto a pass from club-mate John Hayes but the Callanan low drive was just outside the near post and one of two wides for the men in green in the half.

Tipperary brought a three point lead into the break but Limerick could have been closer but for two missed chances from scorable frees - the second Downey opted to take quickly and try for a goal but Tipperary were alert to the danger.

With just 49-seconds played in the second half the ball was in the net and it came to Tipperary - Riain Quigley with a neat finish to open a six point lead.

When O'Connor added pointed frees, Tipperary were eight points clear and just three minutes into the new half.

The response was good with a John Hayes pointed free either side of a nice James Cummins point.

With the game almost entering the final quarter, Limerick needed a goal and Callanan obliged with a superb goal - Barry Coleman created the opening with a neat pass and Callanan still had plenty work to do but made the necessary space before cracking a fine finish into the top corner.

With Tipperary reeling, Limerick almost found another goal - Callanan the creator this time but he couldn't find a clear pass to Molyneaux.

Callanan wasn't done though and when he kicked his third point from play it was a one-point game with 13-minutes to play.

Tipp ended a 16-minute wait for a score but Limerick were undeterred and another Hayes free and a second for Molyneaux point levelled the game for the first time - 1-11 each.

Tipp went back ahead but then with his first touch sub Niall McAuliffe levelled in the 58th minute.

In the fourth minute of injury time Limerick went ahead for the first time - Downey kicking a superb '45 to win it.