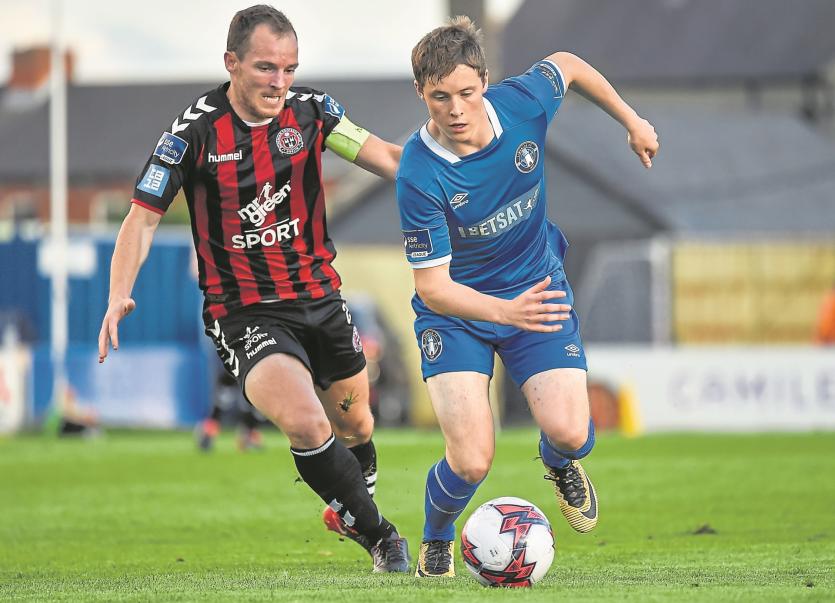 LIMERICK FC HAVE been dealt a further blow as three key players will depart the First Division outfit amid financial uncertainty.

Irish U21 international Will Fitzgerald is expected to finalise a move to a Premier Division outfit this week, while Killian Brouder and Colm Walsh-O’Loghlen saw their deals run out on June 30th.

This comes off the back of the 'Blues' losing top scorer Connor Ellis, who was released from his deal following consistently late payment of wages.

It’s believed that Tommy Holland will be the only professional player left at the club, with further departures expected in the coming days.

To make matters worse, the club can’t sign anyone on professional terms for the remainder of the season, with any incomings, such as the recent pickup of former player Clyde O’Connell, expected to be on amateur terms.

Brouder and Walsh-O’Loghlen could still re-sign with the club, but it seems unlikely at this moment in time, as there is interest from other First Division sides in their services.

Will Fitzgerald, now a free agent, recently caught the attention of Waterford FC but he is currently in negotiations with another Premier Division outfit and a move out of the region in on the cards for the young standout.

This leaves manager Tommy Barrett with his hands tied as his already paper-thin squad will be stretched even further as they face into a punishing run of games that feature the likely contenders for promotion in the second tier.

The 'Blues' host Longford Town this Friday at the Markets Field, with the game scheduled for 7.45pm kickoff.