What next for Limerick's double Munster hurling champions? 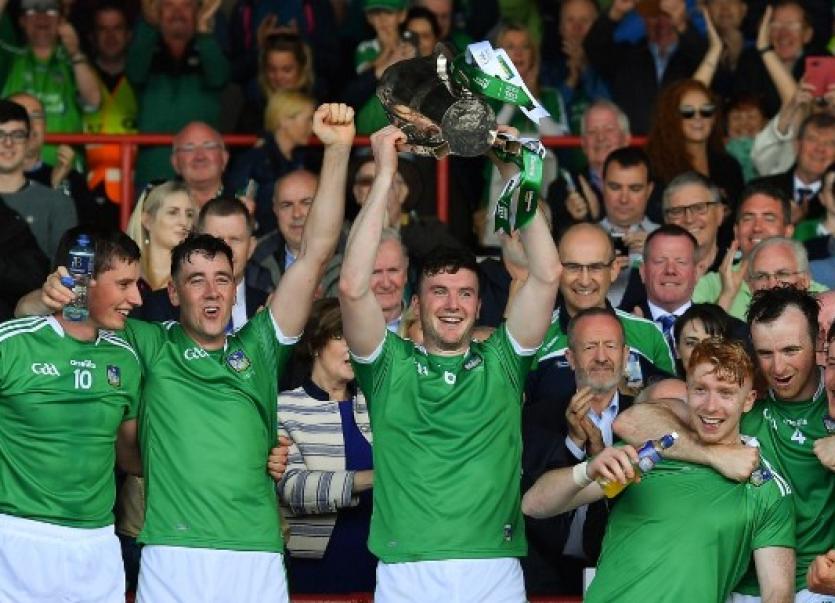 FOR the first time in 82 years Limerick are All-Ireland, Munster and League champions.

And for the just the third time ever Limerick are Munster senior and minor hurling champions in the same year – adding to the double triumphs of 1940 and 2013.

That leaves the most likely semi final opponents as Cork, Kilkenny or Dublin.

The Limerick minor hurlers will provide the curtain-raiser in Croke Park on July 27/28 and they too must wait to learn their opponents – Galway or Kilkenny the likely opposition.

“We have to ask ourselves if this is a challenge we can take on now. Winning a Munster championship where there are five games to be played is a challenge. Winning the All-Ireland last year was a huge challenge. So this is another challenge that is after being laid at our door and it is a brilliant challenge,” said victorious Limerick hurling manager John Kiely.

“And I have no doubt we will sit down during the week and we will lay out a plan for the following three and a half weeks and we will go hard at it. And the challenge for us is to make sure we are right on the day of the semi final.”
Kiely stressed that his all-conquering side were not looking to emulate or be compared to anyone else.

“I don’t want to be compared to anyone else. We are who we are. We are ourselves. We are Limerick. We are ourselves. We are honest in our endeavour. We are honest with each other in our appraisal of our performances. And we only look to the next day in any one sense. That is the bottom line. And the rest is absolute nonsense. And I feel very strong on that,” stressed Kiely, who won a Munster SHC medal as a player in 1996.