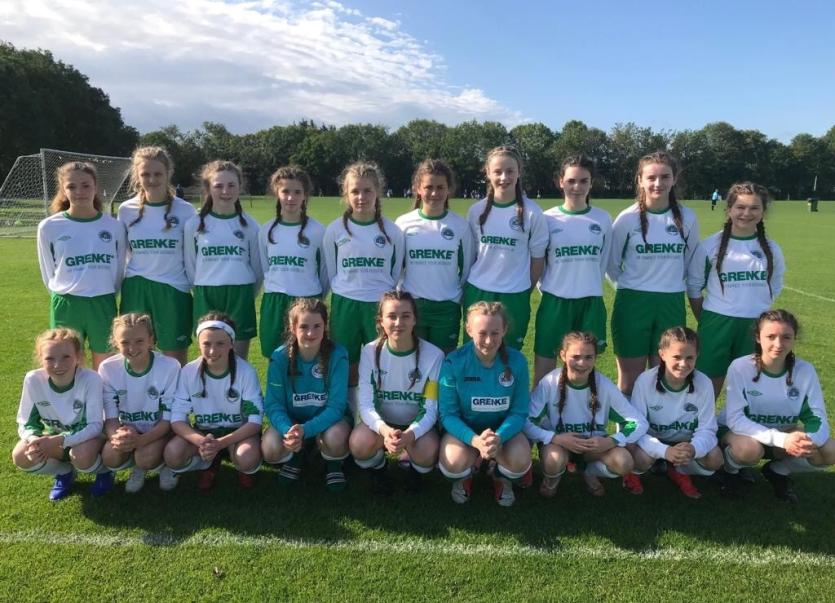 The free-scoring Limerick County U15s saw off the Kerry and Clare Leagues to make it four wins in the Trophy competitions over the two days.

The in-form Limerick County side will now face the Midlands League in a crucial fixture at 10am on Sunday at UL.

In the Gaynor Cup, Limerick Desmond U15s, who had won their two group games on Friday, suffered a 2-0 defeat to MGL North in their final Group 2 outing on Saturday morning and as a result finished second in their pool.

MGL started brightly controlling large periods of the game in the opening half.  However, some fine goalkeeping by Abbeyfeale's Shona Tierney kept the game scoreless.

An unfortunate early injury to Jenna Slattery forced Desmond into some positional changes.  As the half wore on, Desmond started to get a grip on the game.

However, five minutes before half-time a short corner resulted in a cross into the box which wasn’t dealt with by Desmond defence and MGL took a 1-0 lead.

MGL continued to hold the upperhand in the second half and they were rewarded with a second goal 20 minutes in.  Credit to the gritty Desmond side, who kept battling bravely however, and were unfortunate to lose the services of a few players through injury.

As a result of this defeat, second-placed Desmond lost out by a single point to table toppers, the MGL North.

The Limerick side then faced the Carlow League in the Shield semi-finals on Saturday evening where they suffered a 3-0 defeat.

In the Gaynor Cup Trophy, the Limerick County continued their impressive form of Friday when they recorded two high-scoring wins, firstly beating the Kerry League 11-0 on Saturday morning.

in their second Trophy game of the day, Limerick County raced into a significant 5-0 lead over the Clare League by half-time, before eventually running out impressive 9-0 winners.

It was the County side's fourth impressive victory of the weekend to set up Sunday morning's showdown with the Midlands League.