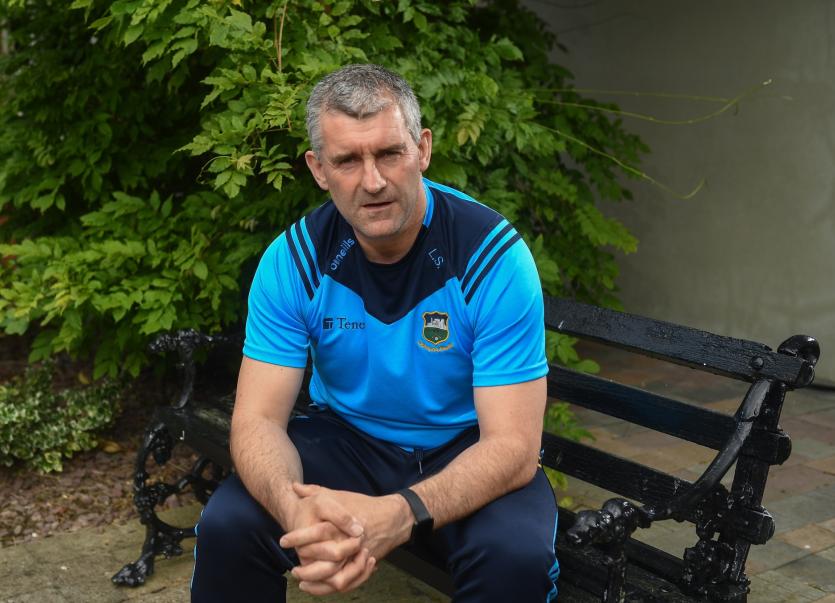 While Tipperary's quality hurling has been catching an articulated lorry's worth of compliments across local, provincial and national media platforms manager Liam Sheedy has his concerns going into the Munster final on Sunday . . . and they are not just in relation to injuries.

Yes, much has been made of the huge loss of Patrick Maher to the Tipperary attacking division following the rupturing of his anterior cruciate ligament in the last game against Limerick. Then there was the hamstring strain which Cathal Barrett picked up also in that game, leading to suggestions that the final match in the round robin series could prove very costly indeed for the Premier County.

But, Sheedy has drilled down deeper into the analysis and has accumulated the experience of the four games to form a very clear picture, and one he is not too happy about at all. Tipperary are giving away too many frees and sooner or later they will come a cropper as a result if they don't rectify the situation.

Even allowing for some pretty erratic officiating - and boy have some of them been erratic - Tipperary's concession rate have just been too high, especially within scoring distance. And, remember scoring distance now is anything from one hundred yards in. The number of scores conceded from placed balls now totals 39 - almost ten in each game - and that is worrying, especially as the business-end of the championship will result in much tighter margins.

“We are still giving away a lot of frees and this will definitely catch us if we don't manage to crack it,” Liam Sheedy said when speaking of the kind of work to be undertaken by the squad when the time between games allows for it.
The games have been coming thick and fast, but not quite as fast as in 2010. And, Tipperary have benefited from the experience of last year, learning about a few pitfalls and using it to their advantage this time round. Sheedy points to the chastening experience of the Tipp lads having been out of the championship before the middle of summer - the experience has steeled them for the challenge this time round and added to their hunger to achieve.

But, it is more than just an increased appetite - Tipperary learned that strength and conditioning work more or less ended by the time the championship began. The opportunity for honing or toning is non existent as players are too concerned with recovering and preparing for the next bout - in other words the season trips on from one clash to the next, with little time for righting any difficulties.

This year has provided some respite though. The breaks before the Clare and Limerick games, coupled with the rest before next Sunday's Munster final have given time for pause, thought, contemplation and rectification. Along the road, elements of the game have been improved in a very subtle manner, but still fractures appear with each outing - ultimately teams learn when they come under pressure and try to cope with the stress of a particular situation. Tipperary have been doing that and the free count is now one of those areas being work on.

Liam Sheedy is a players man and his role is to facilitate them in becoming the best they can possibly be. He has surrounded himself with the best in the business across a whole plethora of spheres from strength and conditioning, to physios and medics, to statisticians, analysts, videographers and logistics etc not to mention his immediate management team of Tommy Dunne, Darragh Egan and Eamon O'Shea. Throw in Eoin Kelly for good measure - is there any debate right now about Tipperary's free-taking? No - just one of the many problems solved.

Sheedy is adamant that no more could be asked of his men. They have endured a gruelling pre-season; coupled with an indifferent league campaign, which he says never worried him; and have now notched four wins from four in the championship. It's been a very positive upward curve on the graph and a win in Limerick on Sunday would be a massive boost.
“The lads have been incredible and I really love working with them. I get a great buzz from them and you see can for yourselves that their body shapes are really good,” Liam Sheedy explained.

“We are still a work in progress, no doubt about it, but we have made progress and our aim of making the top three in Munster has been achieved. Now, we are in the Munster final - the top two - and the lads are mad to go and win the final. Momentum and winning is a bit of a habit and while the Limerick team we played in the final round of the round robin was a shadow of the team we will face on Sunday, we won't be worrying about that. We will be focusing on ourselves and on our own performance. That's all we can do - control ourselves and trust ourselves. Supporters will follow us when they feel they have a team to follow and the lads have been doing everything in their power to ensure that this happens,” Sheedy added.

Tipp were the big casualty of early summer last season - this time round Clare and Galway are the sufferers. Galway lost to a Dublin team which surprisingly beat Tipp in the league quarter-final, but Sheedy saw something in Dublin that evening and he offers the view that there will be more surprises in the season yet: “That win for Dublin against Galway was a serious step forward for hurling in the capital and to see the scenes in Parnell Park afterwards was just incredible”.

Despite his very forward-thinking approach to the modern game Sheedy is a traditionalist at heart. He places store in the provincial championship and recalls travelling to Thurles in the '80s to see the big games - most of those did not feature Tipperary. Next Sunday does and Sheedy wants to win it - what harm would winning do? It would catapult Tipp into the All-Ireland semi-final for starters, and cut down on the number of games to be played if an All-Ireland is to be won. During his last stint as bainisteoir four games won the All-Ireland - this time round, four games might not even get you out of Munster.
The desire to return to the fold and enter a juggling act between two high pressure jobs as head of Bank of Ireland Munster and then as head of Tipperary hurling was always there. And, though few in Tipp felt he owed anything to the county Sheedy felt he did.

“The 2010 lads transformed my life and I felt that I owed it to them to come back and give it everything I had. I have given it everything and so have the players. It's not easy, it's a busy diary, but it's all about managing your life so that you can be in a position to be in Dr Morris Park for training and I am never happier than when I'm out there in the middle of them and working hard,” Liam Sheedy explained.

So now Tipperary are facing the bus to Páirc na nGael, Limerick for the third time this season and though the venue might suggest an advantage to the hosts the Premier County side is a very experienced one and will not be fazed by the passionate natives shouting on their charges in the green and white jerseys. Tipp have already placed their hands into the lion's mouth at Páirc Uí Chaoimh and Cusack Park, Ennis without losing a limb and they will hope to do likewise on Sunday, even though the oppositions teeth will be much sharper and thirsty for blood.

“We are very fortunate in Munster to have some great venues. But, ultimately, the venue will not dictate the outcome of the game. It is not about location or venue; it is about us going there and testing ourselves and seeing exactly where we are at at this stage of the season,” Liam said.

With each match preview this season, the challenge which faced Tipperary was spoken about extensively - the challenge got bigger and bigger with every step. And, the same is true of Sunday next - it is the biggest challenge of the year so far. Even if Tipp were to meet the defending All-Ireland champions again in the championship, it would be in Croke Park - neutral territory, a different pitch, style of play etc. But, Sunday is as big as it gets in Munster and that's what makes it special.
Tipp will be looking for their 43rd Munster title - Limerick their 20th. Winning them is not easy and Sunday will certainly prove it.