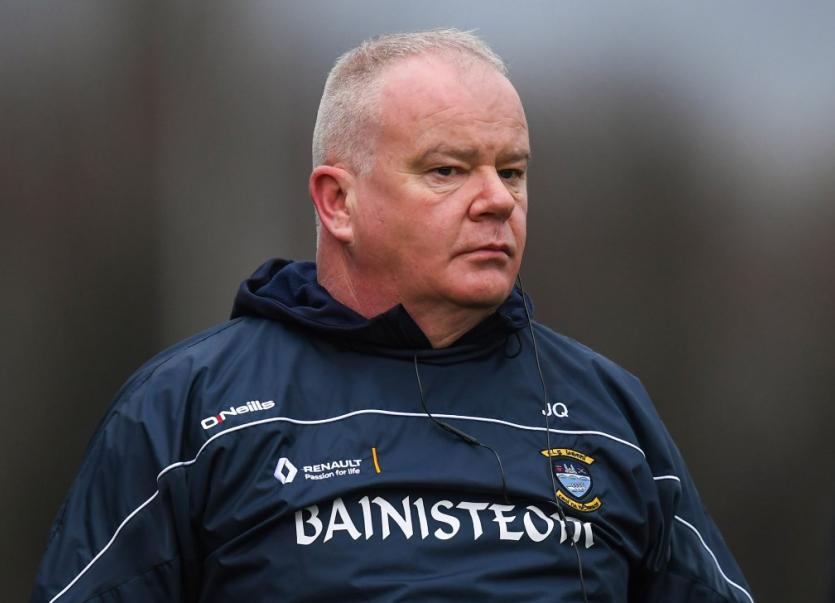 The former Limerick goalkeeper was appointed Westmeath hurling manager last September and in his first season has guided them to Sunday's Joe McDonagh Cup final against Laois.

Quaid moved to Westmeath after three years with Kildare, where he won Keogh and Christy Ring Cup titles.

The team's head coach is Shane O’Brien - a former Cuala player, he has coached various teams including the Kildare senior hurlers, Dublin U21 hurlers, Oulart The Ballagh senior hurlers and the Dublin senior Camogie team.

Victory for Westmeath on Sunday will earn promotion into the 2020 Leinster SHC in place of the relegated Carlow.

The winner of the Joe McDonagh Cup final will play Cork in the All-Ireland SHC preliminary quarter final, while the losing side will play Dublin - both games on the weekend of July 6/7.

Quaid has already guided Westmeath to league promotion this Spring with an Allianz Hurling League Division 2A final win over Kerry in Ennis. They will play in the top flight next season in Group One along with Limerick, Tipperary, Cork, Waterford and Galway.

In January Quaid and Westmeath won the Kehoe Cup title following a final win over Antrim.

Sunday's Joe McDonagh Cup final has a 2pm start in Croke Park as the curtain-raiser to the Leinster SHC final between Kilkenny and Wexford.