EXCLUSIVE: Connor Ellis on his departure from Limerick FC 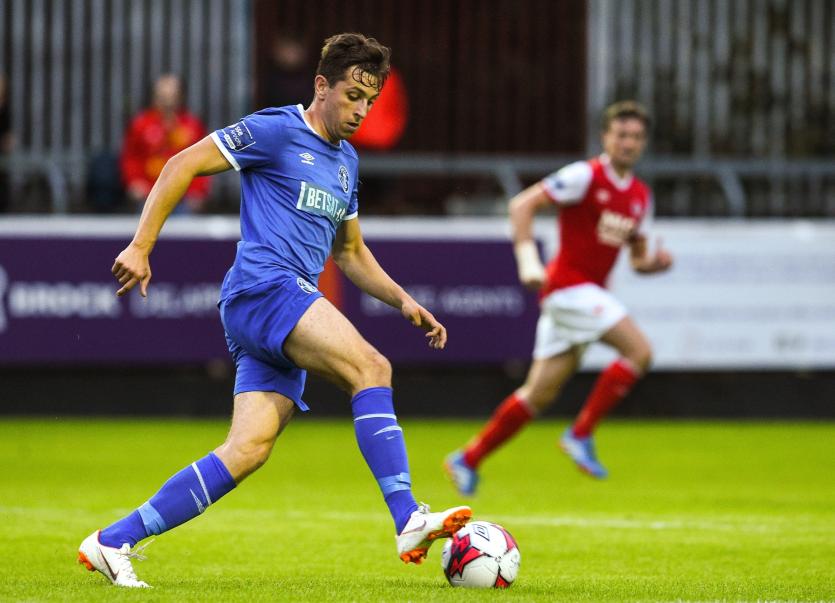 Connor Ellis has played his last game for Limerick FC

CONNOR ELLIS BELIEVES he can hold his head up high after his spell with Limerick FC ended prematurely due to the club’s ongoing financial difficulties.

The 22-year-old signed a two-year deal at the beginning of the 2018 Premier Division season with the Blues, but the deal was terminated on Tuesday evening, when both parties came to an amicable agreement.

Speaking to the Limerick Leader after his release, Ellis declared that the situation called for the termination, despite being disappointed by not seeing out the full duration of his deal.

“Of course, I’m disappointed with the way it ended,” he admitted.

“I’m fond of my time with Limerick – I’ve enjoyed it a lot. I think everyone knows that last year didn’t go as planned for us, and from a personal point of view, it didn’t go as planned, so I was keen to come back this year to show the fans and Tommy and the lads what I could do. I think I’ve achieved that. I’ve had a good season.

He added: “Everyone knows about the wage problems. I think we got to a stage where it suited both me and the club to part ways.”

The youngster missed a large portion of the Blues’ ill-fated 2018 Premier Division campaign – an absence that clearly hampered them somewhat, but he felt determined to make it up to the club thereafter.

He explained: “It was tough being injured. I came from Cork and the fans had high hopes for me. I think I got the injury in pre-season, but because I was sat on the bench for so long and keen to impress, I played through the injury for the first five or six games, which made it a lot worse. I didn’t do myself justice and I was out for five months after that.

“By the time I came back, there were only seven or eight games left so I kind of wrote it off and worked hard in the off-season. I think, granted it’s the First Division, I’m starting to show what I can do and hopefully I’ll reap the rewards from my hard work,” he finished.

Ellis leaves the club in search of new employment but says he will always keep the memories of a time he genuinely embraced and believes the fans at Limerick are a huge part of what attracts players to the city.

“It’s tough. I don’t want to get caught up on any of the issues behind the scenes because, at the end of the day, I’m just a player here to do my job,” he declared.

“I can see the fans’ frustration [with the current situation] but I’d like to thank them for all the support. In some games, they have pushed us the extra mile. I think there’s only ourselves and Dundalk unbeaten at home this season, so that alone is a very positive stat.

“While the club hasn’t been able to honour our wages, you have a duty as a player. We didn’t do enough to help the club stay up last year and even though I had the injury, I wanted to come back this year and help the club get promoted.

“I wanted to prove that I’m a good footballer this year and I think I’ve done well this year. As a team, we’ve been there or thereabouts in the playoffs, so I feel I can go away with my head held high,” he revealed.

Sligo Rovers and Bohemians are the front-runners to land the striker, with a return to Cork City also a possibility as Graham Cummins is expected to move to Shamrock Rovers when the transfer window opens.