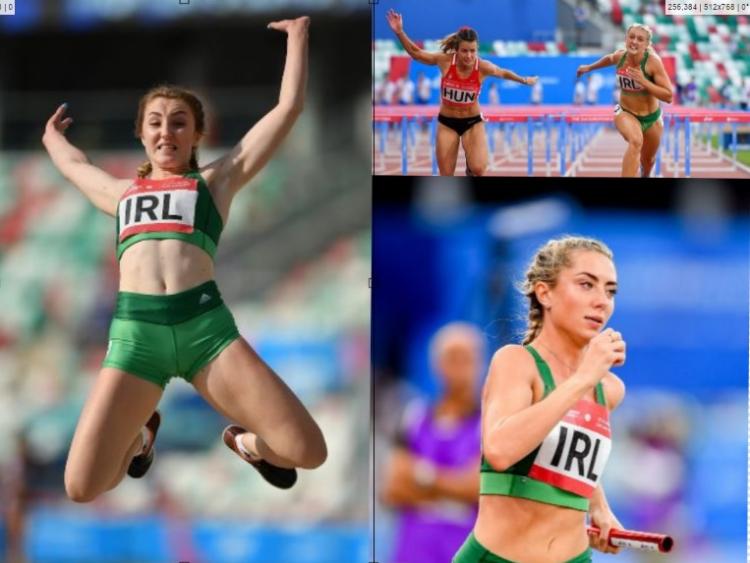 THE Ireland’s Athletics Team, featuring three Limerick athletes, made history this week becoming the first of just 24 countries to compete in Dynamic New Athletics at the European Games in Minsk.

In Tuesday night's quarter finals the team of 15 competed against Portugal, Cyprus, Bulgaria, Hungary and Denmark for a place in Wednesday semi-final.

Twenty five-year-old Sarah Lavin, of Emerald AC, took a terrific second-place finish, improving her time in the 100m Hurdles to 13.32 (from 13.46) earning valuable points for Ireland going into ‘The Hunt’

The Lisnagry athlete said afterwards: “I had a good start, 13.32 into a headwind, it’s probably as quick as I ever ran into a headwind, and crucially I got ten points for Ireland. We were a bit apprehensive coming into this because we didn’t know what to expect, but the team atmosphere is so good because of it.”

Meanwhile, 18-year-old Sophie Meredith, from Newcastle West, finished in 6th place in the long jump in the Dinamo Arena with a best score of 5.61.

In the end, it was Portugal and Hungary who progressed as the fastest finishers in ‘The Hunt’.