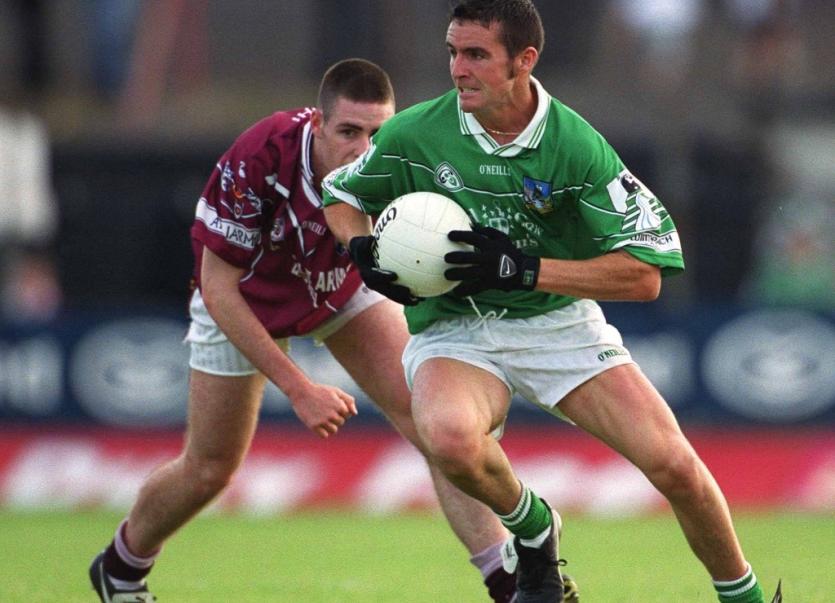 LIMERICK and Westmeath meet for the third time in championship football this Saturday evening.

And, for the third time Limerick go to Cusack Park in Mullingar for an All-Ireland SFC Qualifier.

Throw-in this Saturday is 6pm with the game to be finished on the night.

Limerick haven’t won either of the previous championship meetings and league clashes don’t offer much solace either with the Leinster side winning the most recent ties in 2016 and 2017.

From Feenagh in 1999 to a Division Two League final in Croke Park in 2003, Westmeath appear to hold the upperhand over Limerick in competitive fare since the turn of the millennium.

This Saturday, the bookies make the men in maroon the 1/12 hot favourites to reach the round three draw next Monday morning on RTE radio.

“They are a fine side – good footballers, athletics, physical and strong,” said Limerick manager Billy Lee of their weekend opponents.

“They were up Division One in the league just six years ago and they came down to Division Four and our now on their way back up and won promotion to Division Two for next season. I think if you look at them, they would average out as a Division Two league side,” suggested Lee.

Westmeath won the Division Three league title in Croke Park this Spring before losing to Laois in the Leinster SFC. They bounced back to winning ways with a big win over Waterford in round one of the qualifiers – their first win in the backdoor system since 2012.

Limerick journeys through the backdoor have been just as scare in recent times – since reaching the All-Ireland SFC quarter final in 2011, Limerick have won just four of 11 outings in the backdoor system with wins over Antrim (2), London and Longford.

Last year Limerick lost to Mayo and the year before it was Wexford. The last qualifier win was against Antrim in 2016 up in Belfast.

“This game is about how we define ourselves,” said Lee.

His  side are looking to bounce back from their heaviest Munster SFC defeat since 1990 – Limerick suffered a 21-point defeat to Cork in the Munster SFC - equally the margin of the 4-15 to 1-3 loss in Pairc Ui Chaoimh to Cork in 1990.

Limerick did have a Munster SFC win over Tipperary, who have since exited the championship after a qualifier loss to Down.

“It took us a session or two to get back into it,” reported Lee of Limerick’s quest to move on from the big loss to Cork.

“We played Sligo in a challenge game just to get back into it and since we have stepped it up again with some good sessions,” outlined the Limerick manager.

“It’s about performance on Saturday. We set the bar in the Tipperary game so that is what we have to aim for again. There is no point reaching that height if you don’t get back there again,” he said.

Limerick and Westmeath last met in the 2006 All-Ireland SFC Qualifier in Mullingar with the Leinster side winning 0-13 to 1-9.

Current coach-selector Sean Kiely was Limerick goalkeeper in that tie where 20th minute goal from Micheal Reidy helped the Shannonsiders race into a 1-5 to 0-1 lead best the men in maroon battled back to defeat Limerick.

If Limerick can make it third time lucky on Saturday, it would secure a June 29 round three tie against Longford or Tyrone, Antrim or Kildare, Clare or Leitrim, Mayo or Down, Derry or Laois, Offaly or Sligo or Monaghan and Armagh.

The other championship meeting was 2001 when Billy Lee was a selector.

Conor Mullane, Muiris Gavin and Micheal Reidy are the only players to have started both those games.

A double-header has been confirmed for TEG Cusack Park on Saturday with the Westmeath minors playing Dublin in the Leinster championship semi final at 3.45 as the curtain-raiser to the Limerick encounter.