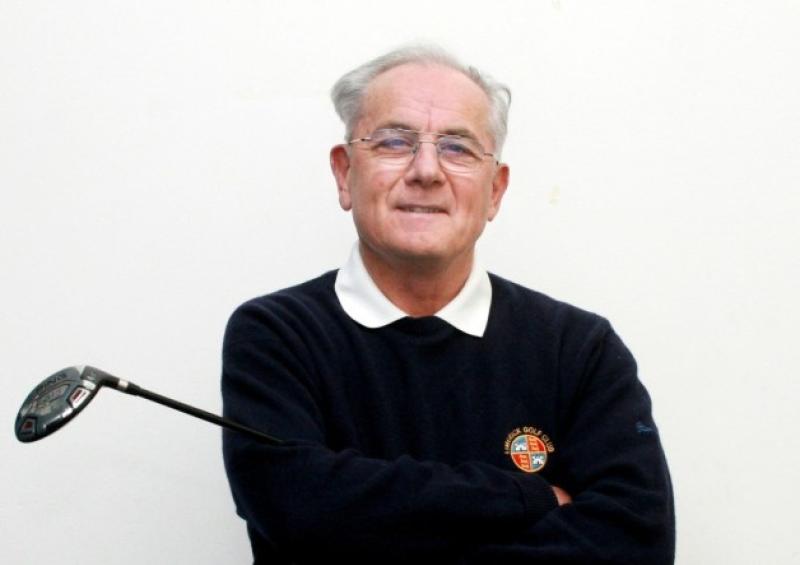 I WAS in the supermarket the other day and could not help eavesdropping on two gents ahead of me in the queue talking golf: “Do you know a good mechanic?,” asks one. “I do. Why?,” replies the other.

“Any chance you'd send him over to the States with a big wrench to help straighten out Rory McIlroy wedge play? It was funny but it was bang on the money too. It started me thinking so, I will be tackling the vital subject of good wedge play from my perspective very soon. Watch this space!

Suffice to say, the superb skill set and technique that Rory displays when driving a golf ball 340-yards+ in the air is a completely different technical challenge than when he has a wedge in hand.

Hitting a wedge 150-170-yards in the air is a liability when it comes to accuracy and distance control. Rory needs to emulate Ben Hogan - over-club his approach shots; play for the back half of the greens and glide the ball in. Such an approach probably never crossed his mind.

Did you see all of the bad behaviour at Jack Nicklaus' Memorial Tournament?

The most decorous of places where the players are pampered beyond belief? *Fickle, *BAD, *Kooch and *Tricky Rickie were all involved, in my opinion, in varying degrees of rudeness.
The PGA Tour Commissioner, Jay Monahan, definitely has his work cut out trying to control his superstars, all wanting to play by their own, self-made-up rules, it seems, and also wanting to spend half a day doing it.
(FYI: *Fickle = Mickelson; BAD = DeChambeau; Kooch = Kuchar; Tricky Rickie = Fowler) Bifurcation is coming closer by the minute.

One set of rules for pros and another set for amateurs. When it happens, the long-term outcomes of 'unplanned consequences' could be an expensive ‘own-goal’.

Pushing Rules Officials as hard as Kuchar did to try to 'get away with something' is completely wrong. I'm convinced the pros would like to have preferred lies as standard on the fairways.

If you can lift, clean and place on the green, why not on the fairway too?

Then ‘Fickle Mick’ comes out with: “I've played in 29 US Opens, one hundred percent of the time the USGA has messed up the course set up unless it has rained. Rain is the only governor they have. They don't know how to control themselves.”

This is rich coming from a man who showed exemplary self-control at Shinnecock Hills and hit a moving ball intentionally. And, don't any of you dare write in to point out how lacking in ‘immaculate

control of his emotions’ during his own career was this writer.

I'm not a professional and I paid a heavy price and was in receipt of plenty of flak for my temperamental transgressions. I'm still entitled to be annoyed that Phil wasn't DQ'd in the USO last year.

Mickelson is incrementally ramping up his criticisms and his profile on social media, laying the foundations for a breakaway tour with himself in charge.

If the pros are promised more money and a more exclusive and exclusionary World Tour, they might go for the idea of making their own rules and taking all of the time in the world over their shots. Pros, in my opinion, don't give a damn about the good of the game.

A breakaway Tour with “Boom-Boom” golf and online gambling stamped all over it would suit the mindset of some.

Gambling and golf are a natural fit. I may not like it, but some golfers have been inveterate and diehard gamblers since before Old Tom Morris' time.

I was very disappointed to see the prestigious Irish Amateur Open receiving only a B rating from the WAGR Committee. WAGR, as far I am concerned, has had a mostly negative effect on amateur golf worldwide.

Amateur golf is now heavily skewed towards younger, full-time players. Soon, even those on College Scholarships won't be able to keep up with what is coming out of the Far East.

I'm fully in favour of young golfers getting an education and remaining amateurs for life but in order to do that they need money prizes for properly vouched golf expenses - otherwise the game is unaffordable.

The idea of €500 for each of the qualifiers in the 54/16 format has been mooted but, no takers yet. Entrance fees would cover it. 54/16 will make the game tougher and more competitive.

Those who may decide to turn pro will be nearer to being ready for the switch when the time comes and, more importantly, put-upon parents will see that their deluded offspring hasn't got what it takes when the competition is stiffer and be minded to cut off the money supply sooner.

Young amateurs are not to be blamed for chasing opportunities that sponsorship and a college scholarship can provide. All young golfers with talent these days want to be pros but, in too many cases they are not remotely near good enough.

I've been watching a delightful flyover drone-movie of the Pebble Beach golf course in California where this weekend's US Open is taking place.

The fourth hole was described as a 'short' par-4 of 404-yards that someone (like Rory McIlroy) may, in a moment of foolishness, consider 'having a go at'.

Length isn't everything - you know.