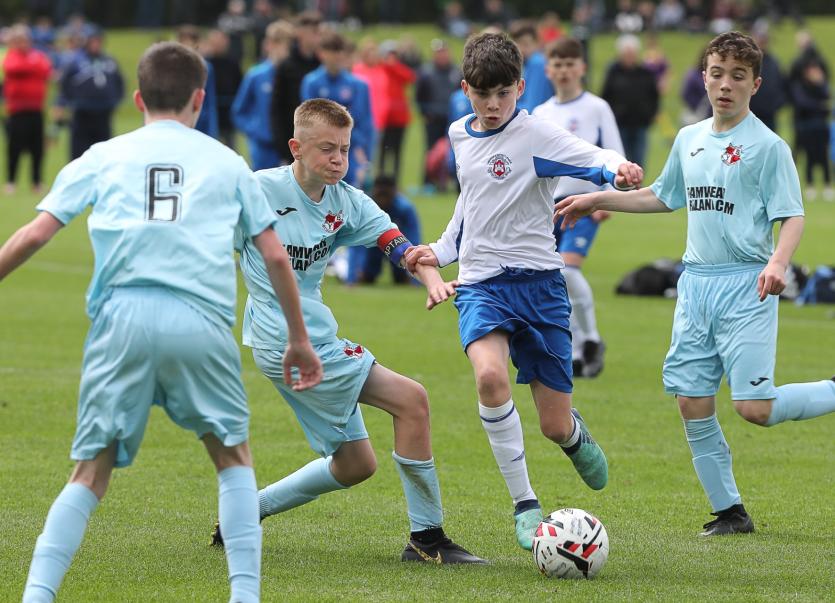 Limerick District have qualified for the Kennedy Cup Bowl final against the Cork Schoolboy League at 11.30am on Saturday after easing past the Midlands League 2-1 in their semi-final on Friday.

A brace of goals from Aisling Annacotty's Stephen Young, one in either half, helped the Noel O'Connor-managed Limerick District side defeat the Midlands.

District are now guaranteed a top 10 finish in the Kennedy Cup and should the LDSL win Saturday's Bowl final they will finish ninth overall in the 32-team U14 interleague competition.

The LDSL remain unbeaten in their five games to date at this week's Kennedy Cup with three wins and two draws since their opening game on Tuesday afternoon.

Meanwhile, the Limerick County Schoolboy League are also just one game away from claiming silverware at UL as they face the West Waterford-East Cork League in the Kennedy Cup Trophy final at 10.30am on Saturday at UL.

Herbertstown AFCs Jake McNamara-Leamy scored the game's only goal early on to help County earn the bragging rights and a place in Saturday's final.

Limerick County will be guaranteed a 25th place finish overall and the Trophy should they prevail in Saturday's final.

Meanwhile, the Limerick Desmond side defeated by Limerick County earlier on Friday, faced the Roscommon League in the 27th-28 placed play-off on Friday afternoon.