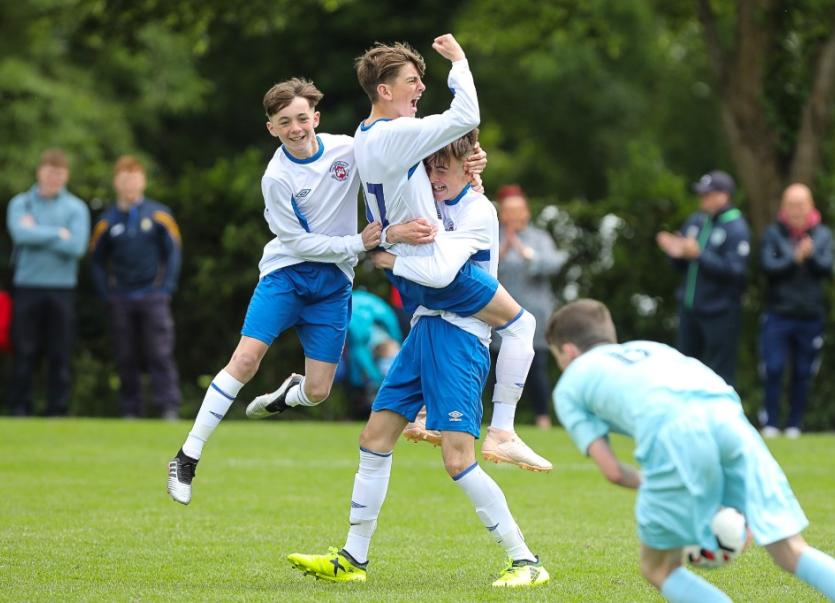 LIMERICK District secured their place in Friday's Bowl semi-finals of the SFAI New Balance Kennedy Cup after scoring a hard earned 1-0 victory over the South Belfast Schoolboy League at UL this Thursday.

A second half penalty goal from a composed Jai McNamara, of Pike Rovers, after Shelbourne's Sam Brown was fouled as he raced through the South Belfast defence, settled the game in the LDSLs favour before a large attendance.

The home side were deserving winners as they had looked the more threatening in attack through the second period.

Limerick District's reward for this victory is a Bowl semi-final meeting with the Midlands League at UL on Friday, 12.30pm on the grass pitch number two. Midlands defeated the Wexford League 2-1 in their Bowl quarter-final.

The second Bowl semi-final will feature the Cork League against the Sligo Leitrim League. The Bowl competition is for sides who finished as runners-up in the Kennedy Cup group stages.

While McNamara's match-winning penalty was the LDSLs first goal in three games, the Noel O'Connor managed side has not conceded a single goal now in three matches.

The LDSL remain unbeaten in four Kennedy Cup fixtures at UL this week, having won two and drawn two of their four games to date.