Wins for Limerick Desmond and Limerick County at Kennedy Cup 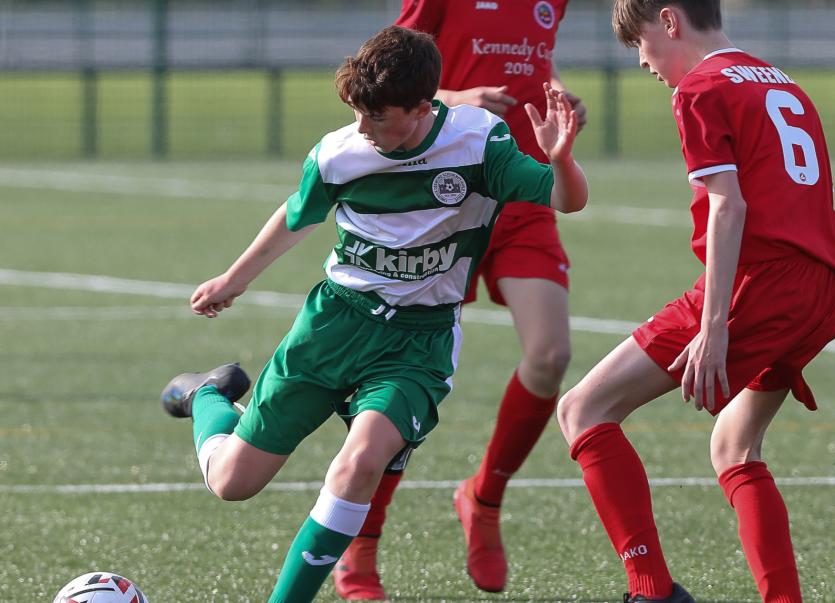 In the Kennedy Cup Trophy quarter-finals on Thursday morning, Limerick Desmond defeated North Tipperary 2-1 in the 52nd fixture of the 96-game tournament to be played at UL this week.

After falling behind, Ethan Browne, of Kildimo Utd, equalised for the Desmond side, while Jamie Moloney, of GB Rovers, popped up with the winner.

Meanwhile, Limerick County also recorded their first win of the week when edging past the North East Counties Schoolboy League 1-0 in their Trophy quarter-final.

Hugh Murnane, of Herbertstown AFC, scored the precious winner for the Limerick side.

The two Limerick sides, Desmond and County, will now face-off in the Trophy semi-finals at UL on tomorrow, Friday, at 10.30am.

The final of the Trophy competition at the Kennedy Cup is due to take place at 10.30am on Saturday.

The Trophy competition is for sides which finished in fourth place in the Kennedy Cup groups.