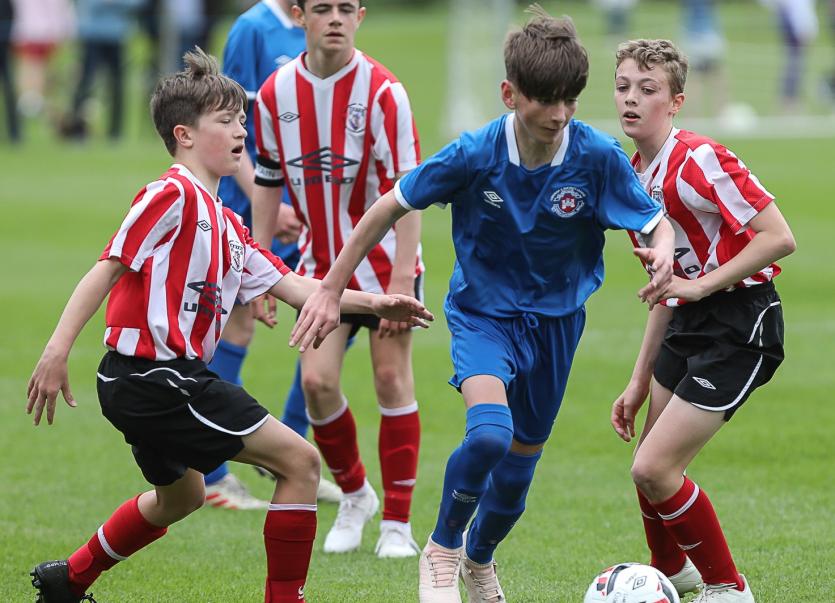 THE unbeaten Limerick District Schoolboy League (LDSL) missed out on a place in the quarter-finals of the SFAI New Balance Kennedy Cup after being pipped for top spot in Group 2 at UL on Wednesday.

The LDSL followed up on their 3-2 victory over the Roscommon League on Tuesday night in their group opener by playing out two 0-0 draws on Wednesday.

In the morning the LDSL drew 0-0 with the West Cork Schoolboy League. As a result, the Limerick side needed to beat the North Dublin Schoolboy League (NDSL) in their final group game to pip the Dubliners for top spot and a place in the Kennedy Cup quarter-finals.

However, while both sides created a decent number of chances during the game, neither side managed to break the deadlock as NDSL maintained top spot in Group 2 and a date with competition heavyweights DDSL in the quarter-finals on Thursday.

Meanwhile, elsewhere in the Kennedy Cup, the Limerick Desmond Schoolboy League finished bottom of Group 7 after losing out 3-0 to table toppers, the Carlow League and 3-0 to the Donegal League in their Wednesday fixtures.

'Desmond' had secured a 1-1 draw with the Sligo-Leitrim League in their opening group game on Tuesday.

Limerick Desmond will now be involved in the play-offs for places 25-32 in the competition.

'Desmond' will face North Tipperary in their first play-off game at UL on tomorrow, Thursday at 11am on the grass pitches.

Limerick County Schoolboy League will also compete for places 25-32 after finishing in last place in Group 5.

'County' will meet the North East Counties Schoolboy League in their first play-off game at UL on tomorrow, Thursday at 11am.

'County' succumbed 2-0 to group winners, the Kildare League, at lunchtime on Wednesday, while they lost out 3-1 to the Clare League in their final Group 5 fixture on Wednesday evening.