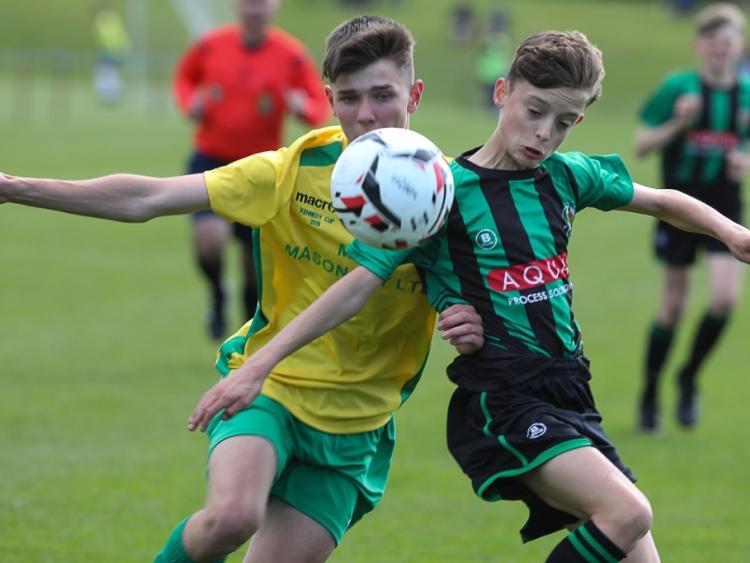 THE three Limerick sides competing in the SFAI New Balance Kennedy Cup had mixed fortunes in their second group games on Wednesday.

In Group 2 the Limerick and District Schoolboy League played out a 0-0 draw with the West Cork League in their second fixture. The result brings the LDSL up to four points in the table, following their opening day win over the Roscommon League.

The LDSL will need to beat the North Dublin Schoolboy League in their final group game, at Maguires Field, 4pm this Wednesday, if they are to progress to the Kennedy Cup semi-finals on Thursday.

Meanwhile, the Limerick Desmond Schoolboy League fell to a 3-0 defeat to the Carlow League in their second Group 7 fixture. Desmond had secured a 1-1 draw with the Sligo Leitrim League in their opening game on Tuesday evening.

Limerick Desmond complete their programme of group games against bottom side, the Donegal League at Maguire's Field at 6pm this Wednesday. The defeat to Carlow ended Desmond's hopes of winning the group and advancing to the Cup quarter-finals.

The third local side competing at UL this week, the Limerick County Schoolboy League, lost out to Kildare League 2-0 in their second outing of the week this Wednesday afternoon.

Limerick County take on the Clare League, who have also lost their opening two games, on the grass pitches at UL this Wednesday evening, 6pm.