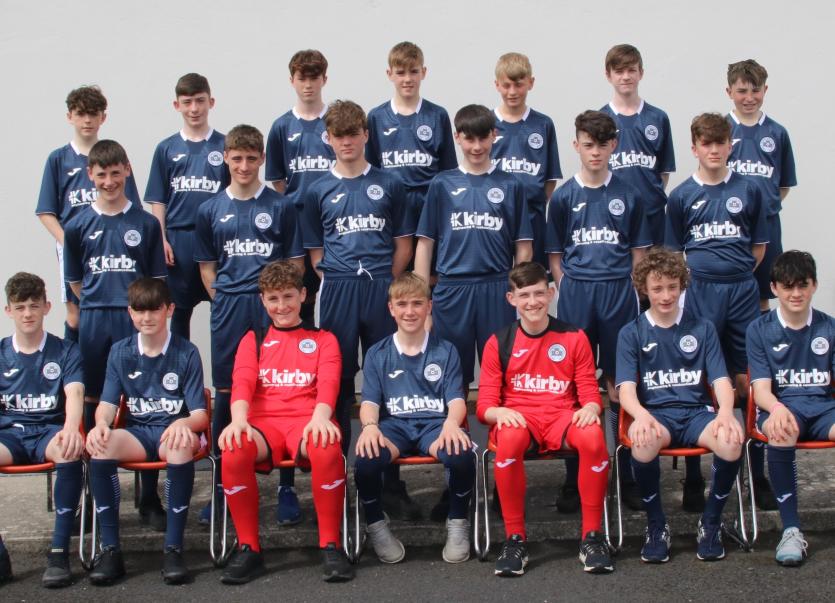 The Limerick Desmond began the 32-team interleague tournament with a 1-1 draw with the Sligo-Leitrim League at Maguire's Field 4G pitches.

The sides remained scoreless at half-time. Limerick Desmond took the lead in the third quarter when Ciaran McMahon, of Kildimo Utd, fired them in front.

However, Michael Clifford struck an equaliser for Sligo-Leitrim. Both sides had chances to win it late on, but the game finished deadlocked.

Afterwards Limerick Desmond manager Billy O'Sullivan said: "Look, coming into the game we knew Sligo-Leitrim are very strong. To get something from the first game on the first day is great. It gets you up and running.

"I am delighted with the draw. It sets us up for tomorrow which is going to be tough with two games on the bounce."

Limerick Desmond face the Carlow League in their second Group 7 game at 12.30pm on Wednesday, while their final pool fixture will be against the Donegal League at 6pm Wednesday.

Meanwhile, the Limerick County Schoolboy League lost out 2-0 to the Kerry League in their opening Group 5 fixture also at UL on Tuesday evening.

Kerry led 2-0 at half-time, with both goals scored by Cormac Dillon, of Listowel Celtic.

Limerick County resume group action when taking on the Kildare and District Underage League at 12.30pm on Wednesday, before facing the Clare League at 6pm.

The SFAI U-14 Kennedy Cup in existence since 1976, was originally played as a knockout competition with a small number of teams competing.

Now it features 640 players representing the 32 Inter-League teams, 36 referees, 95 league personnel on hand throughout the week, St Johns Ambulance Brigade, along with members of the SFAI organising committee, in the region of 1,000 personnel in one way or another will be involved in the running of the Tournament.

Approximately 950 bedrooms are taking up in the University of Limerick complex as well as hotels and guest houses in the area being booked out. All the players, team and league officials, referees, are all accommodated in the UL Campus throughout the week.