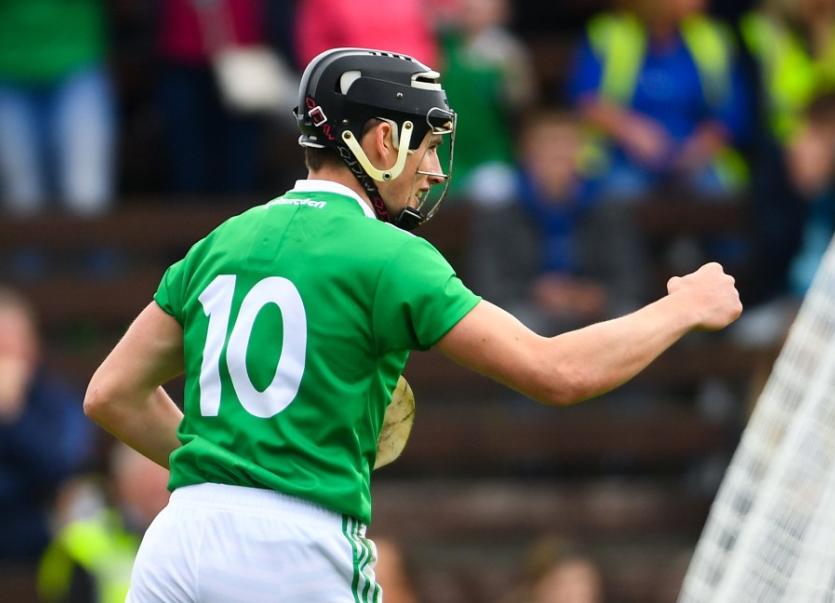 "WE are delighted" beamed Gearoid Hegarty as he signed autographs before disappearing down the tunnel to the Walsh Park dressing rooms.

The St Patricks club man was The Sunday Game Man of the Match, with his work-rate and scoring return key to the 20-point Limerick win over Waterford in the Munster SHC.

"We were majorly, majorly disappointed with the last day against Cork - our second half performance especially, but to come down here, and it’s not easy and Clare only out of here by a point in the end, and get out of here comfortable enough in the second half," he outlined.

"We put in a massive shift, especially in the second half," said Hegarty.

"We are back on track now and we knew it was in own hands after the Cork loss but we are delighted to get the win and get back to winning ways. It’s brilliant to be back on track but we have a game again next week and another the following week and it’s in our own hands to try and reach a Munster final."

Hegarty insisted that responding to the below par Cork display was essential.

"If it didn’t come today it was game over for the rest of the season - the last day we were just a bit flat in the second half for whatever reason. We sat down a couple of days after the game and looked eachother in the face and went through where it went wrong and I think we got it right again today," he explained.

"We have standards that we set for every game and they have to be met and they weren’t against Cork but probably were today - it’s in our own hands for the rest of the year."

He added: "It was a massive 70-minutes shift from everyone. We want to get back to where we were during the league and last year. We sat down after the Cork game and said that second half performance can’t happen again for the rest of the year".

After playing against the elements, Limerick were six points clear by half time.

"We went in six points up against a massive wind and I think we really got on top for the last 15-minutes of the first half and got a goal and a few points without reply. I don’t know what that wind looked like on tv but it was unbelievable and swirling and there was no easy score out there from 20-yards in front of the goal," he outlined.

Hegarty said that the Limerick dressing room was concious of any second half lapse.

"We were also conscious that Waterford could do to us, what we did to them in the first half. We came out the first 10-15 minutes of the second half and pushed on and took the game away from them."

Next up the visit of Clare to the LIT Gaelic Grounds on Sunday (4pm).

"Both teams are going to want to win and game and both teams will need to win the game - we got a good couple of battles with them over the last couple of years and next Sunday won’t be any different," he said.