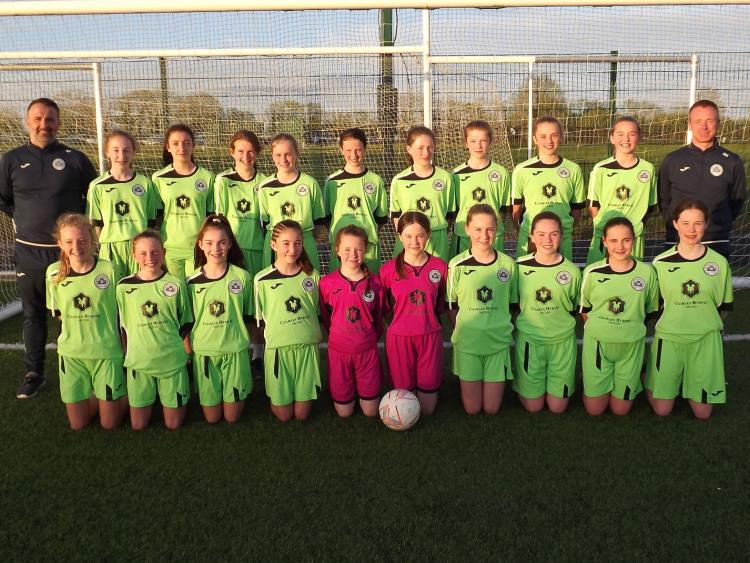 THE Limerick Desmond U13 Gaynor Cup team will take on the Mayo League in the Plate final at the Fota Island Resort Gaynor Cup on bank Holiday Monday at 12noon at UL.

Limerick Desmond defeated North Tipperary 3-1 in the Plate semi-final at UL on Sunday. Donna Kenny grabbed a brace of goals for Desmond in their win, while Jodie Griffin also found the net in the semi-final.

Earlier in the day, Limerick Desmond rounded off their Group 4 fixtures with an impressive 4-1 victory over the Kildare League in the final Group 4 game. Desmond led the game 2-0 at half-time.

The Limerick County side will return to action at 10am on Monday morning when facing the Inishowen League in the 15th-16th place play-off game.

Limerick County suffered a 1-0 loss to the Waterford League in their final Group 1 fixture on Sunday morning. The sides had been tied 0-0 at half-time.

In their second fixture of the day, Limerick County fell to a 2-1 loss to Wexford League in their Bowl semi-final.