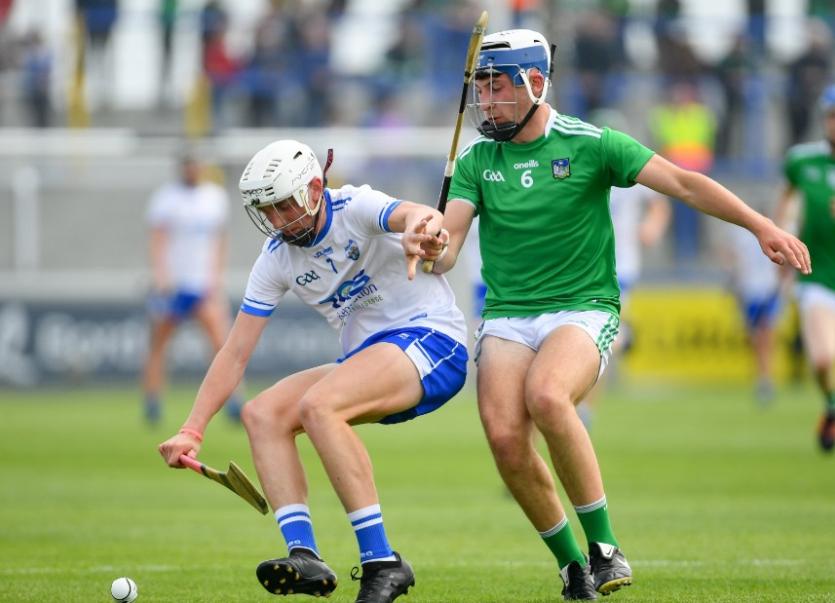 ANOTHER draw for the Limerick minor hurlers in the Munster Minor Hurling Championship.

It finished Limerick 0-11, Waterford 0-1 in Walsh Park to add to Limerick's round one draw with Cork.

Next up is Clare in the LIT Gaelic Grounds next Sunday at 2pm.

It was an inconsistent performance from Limerick with a late Cathal O'Neill free levelling the game for the fourth and final time.

Limerick were backed by the gentle breeze in the opening half and brought a 0-7 to 0-5 lead into the half time interval.

Four of those seven points came in the opening five minutes and then just three points were spread across the next 28-minutes of action.

Aidan O'Connor had Limerick off the mark after just 26-seconds and Patrick Kirby followed him onto the scoresheet before the opening minute had lapsed.

Cathal O'Neill fired over a free and a point from play and Limerick were 0-4 to no score clear and five minutes played in Walsh Park.

The lead was ensured by a fine Jack Franklin save in the third minute from Johnny Burke.

But the Limerick U17s then went 14-minutes without a score as Waterford found their feet after opening their account in the 12th minute.

O'Neill ended the barren spell with another free but the game was level for the first time, 0-5 each, in the 24th minute.

That was it from Waterford and Limerick ended with points from Adam English and another O'Neill free to ensure a two point half time lead.

It was a half where Waterford played a sweeper. Limerick had six wides in the half, all coming in 15-minutes before the half time whistle.

On the restart Patrick O'Donovan went close to an early goal but his shot hit the upright in the fifth minute.

A second point of the afternoon from Kirby did move Limerick three points clear but back came Waterford and the game was 0-8 to 0-7 to those in green after 10-minutes of the new half.

In a low scoring affair, it was to be the 17th minute of the half when an O'Neill free produced the second Limerick score of the half.

With Limerick not dominating Waterford battled back and the game was level for the second time in the 56th minute after a Reuban Halloran point.

And then they went ahead for the first time when Halloran scored again from a tight angle to lead 0-10 to 0-9 with two minutes to play.

Limerick needed a response and vice-captain Cathal O'Neill won the puckout and when fouled he pointed the awarded free from 60metres to tie up the contest again in the final minute.

There were four added minutes announced.

O'Neill and English had chances but it was Waterford sub Michael Cummins looked their injury time scoring hero a last gasp O'Neill free.

Limerick ended with 10 wides, while Waterford had 11.