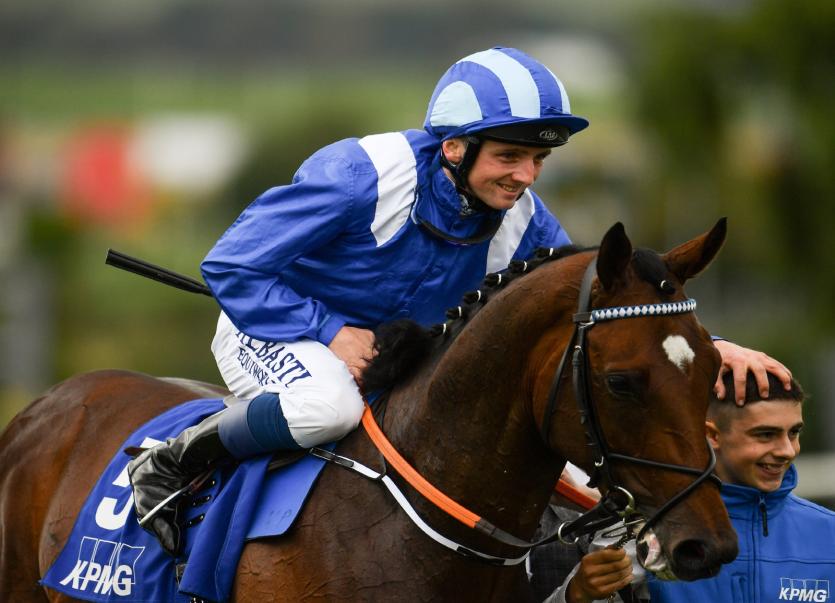 LIMERICK jockey Chris Hayes says it's a 'dream come true' to get his first ever ride in the Investec Derby at Epsom this Saturday.

Thirty one-year-old Shanagolden horseman Hayes will partner the Kevin Prendergast-trained Madhmoon in the the prestigious Classic which carries a total prizefund of stg£1,623,900.

Hayes, who landed a Classic win for Prendergast with Awtaad in the Irish 2,000 Guineas three years ago, has been on board for all four of Madhmoon’s starts. The colt carries the colours of owner Sheikh Hamdan Al Maktoum.

Madhmoon is generally available at odds of 11/1 with bookmakers to land the coveted prize. Sir Dragonet tops the market at 5/2 for leading Irish trainer Aidan O'Brien who sends a seven-strong raiding party to Epsom for the 12 furlong feature. The Investec Derby gets underway at 4.30pm this Saturday.

Limerick horseman Chris Hayes enjoyed his first Classic success when the Lady O'Reilly-owned Voleuse De Coeurs landed the Irish St Leger at the Curragh in 2013. Hayes landed a second Irish Classic when Awtaad, trained by Madhmoon's handler Prendergast, won the Tattersalls Irish 2,000 Guineas at the Curragh in May 2016.

Chris Hayes is a graduate of the pony racing circuit and RACE. He joined Kevin Prendergast as an apprentice in 2004 and was champion apprentice in each of the next three years.