Belfast side to compete at 2019 Kennedy Cup at UL 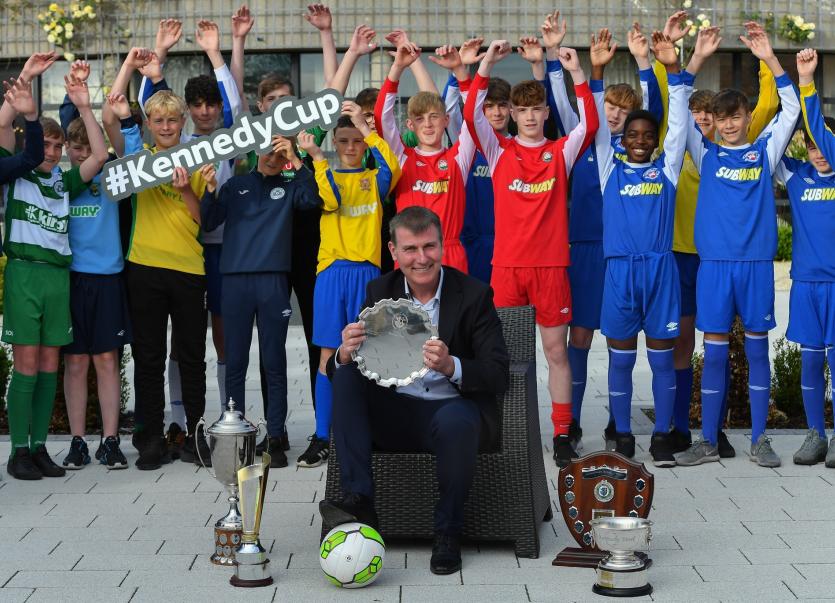 NEXT month's Schoolboys Football Association of Ireland (SFAI) New Balance Kennedy Cup at the University of Limerick is set to include the South Belfast Youth League.

The inclusion of the Belfast side comes following the South Dublin Football League (SDFL) withdrawal from the competition.

The SFAI New Balance Kennedy Cup begins at UL on Tuesday, June 11, a day later than normal in order to avoid a clash with the Rep of Ireland's European Championship qualifier with Gibraltar at the Aviva Stadium the previous day.

The final of the Kennedy Cup will take place on June 15.

Meanwhile, the Limerick County Schoolboy League are in Group 5, pitted against the Kildare and District Underage League, as well as the Kerry and Clare Schoolboy Leagues.

2018 Kennedy winners the DDSL (Dublin and District Schoolboy League) are joined by Kilkenny, Athlone and Drogheda in Group Six.

In 2018, Limerick and District Schoolboy League claimed an eighth-placed finish overall after losing out 4-3 on penalties to Dundalk in their final play-off game, having earlier topped their group to make the quarter-finals proper of the Kennedy Cup.

Limerick County Schoolboy League claimed a 12th place finish at the 32-team event after suffering two penalty shoot-out losses in the play-offs, 5-4 to the Kilkenny League and later 6-5 against Clare.

The opening games of this year’s competition will begin at 4pm on June 11, with the second set of fixtures being played at 6pm.

Speaking recently, SFAI Chairman John Earley said: “it was very unfortunate that the SDFL chose to withdraw from the competition this year, but having had interest before about entering, and because of the strong working and sporting relationship with the NIBFA, it was an obvious option to explore.”

The SFAI Chairman continued: “The SFAI New Balance Kennedy Cup is well known to those in Northern Ireland, and the idea of a league representative team from South Belfast coming to play in Limerick for the five days is an exciting one for many reasons.”

Robert Johnston, Chairman of the South Belfast Youth League said the opportunity to compete in the SFAI New Balance Kennedy Cup offers the players and the league a new opportunity, and all involved are eagerly awaiting the big kick-off.

Mr Johnston said: “South Belfast Youth League are delighted with the opportunity to participate in the 2019 New Balance Kennedy Cup, this is a tournament we have been well aware of for many years and have admired the level of promotion and support it receives throughout the country.”

He continued: “We are the first league team from Northern Ireland to take part in the event and we are looking forward to a new challenge and making many new friends throughout the week.”

The South Belfast Youth League will consist of club players from across the league. In total, almost 240 clubs will be represented at this year’s SFAI New Balance Kennedy Cup, and it is those clubs, led by volunteers, that deserve some credit for nurturing the players.