Opinion: The biggest difference on Sunday was attitude - Martin Kiely 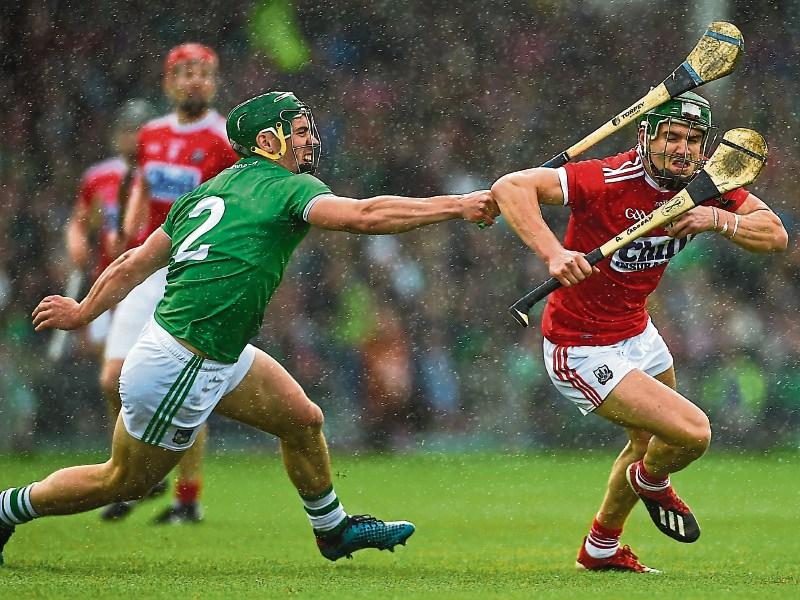 Alan Cadogan of Cork in action against Seán Finn of Limerick

Championship has a way of introducing you to reality and Limerick were unable to match what Cork brought to the Gaelic Grounds last Sunday. This was a hard Championship encounter and while Limerick showed brief signs of last year in the first half we saw no sign of it whats so ever in the second half.

On this page last year I praised the attitude of Limerick time after time but we rarely saw the attitude they expressed in 2018.

Yes, it was their opening game in the championship and Cork did have one over on them in that regard, but this was a game Limerick were expected to win.

That is how it will be this year. They will be expected to deliver and that brings pressure on players and management. I said last week that we won't really know what, if any, effect the success of last year would have had on them until deep into the game.

Expectation has a way of taking the good out of you and I don’t think we saw too much of what made Limerick fire last year in this game. They were sluggish, they lacked energy and even their first touch was poor.

They also failed to change their game plan during the game. They steadfastly stayed to the short game when they needed to go long at times. The short game is grand when it works but when it doesn’t it causes huge pressure.

The foundation to Limerick last year was their half backline, midfield and the half forward line. In all of those areas Limerick struggled last Sunday.

The half forward was dominated by Cork while Cian Lynch was very much on his own at midfield. The half backline tried hard but they failed to have any real impact on the game.

The biggest difference between the teams last Sunday was attitude and Cork showed it well and they also showed a great willingness to work hard.

They outworked Limerick in every line, they put massive pressure on for every ball and that had a telling impact on the end result.

When Graeme Mulcahy scored in the first half it looked like Limerick would drive on but instead it was Cork that finished the first half better and only two points separated them at the break.

Too many Limerick players were waiting for it to happen, they were slow going to the ball and surprisingly they struggled to break the line and make ground with the ball.

Cork were full value for this win. Like many times before when they got in front there was no stopping them. Last year they left a six point margin slip but that was never going to happen last Sunday.

They finished very strongly and as the final quarter approached you could see many Limerick players had ran out of gas. They tried to get to the pitch of the game but while the mind might have been willing the body was unable to go.

Seven weeks had passed since Limerick won the league but as I mentioned previously the latter games in that league were not to be taken seriously.

The heat of championship has a way of testing you and Cork rose the temperature to a level that Limerick were unable to match last Sunday.

Cork showed grit and determination and Limerick never matched that. They were never allowed the space and in every tackle Cork nearly always came out best.

Limerick won so many of their own puck outs last year but that didn’t materialise in this game. Cork contested the ball well and never allowed Limerick the space.

The Cork backs were fantastic. They closed down the space, they were like men possessed and Limerick never matched their hunger.

Cork were accused of lacking aggression against Tipperary but they brought loads of it to the Gaelic Grounds.

They hooked, blocked and fought for every ball. They hunted in packs and never allowed Limerick the sort of space they got last year.

I said in recent weeks that teams would have a plan in place for Limerick and we saw signs of that in this game. Limerick allowed Cork too much space. They stood off them and that suited Cork.

They like to have space to run into and they showed they have the players to punish you. Limerick were outscored 1-14 to 0-8 in the second half. That tells its own story but it doesn’t tell the whole story because Cork were a great deal ahead of Limerick and the score board doesn’t always show that.

Limerick showed no capacity to rectify matters in the second half. When the game was going from them few stood up.

Last year Limerick had on average twelve players standing up in most games. Last Sunday I would think only three players stood up, Finn, Lynch and Mulcahy tried hard to take the game to Cork.

I think Limerick panicked on the sideline. I was rich in praise of them on so many occasions before but they will be honest enough to know they didn’t have a good day last Sunday.

They brought on subs that really didn’t contribute and didn’t know what was required of them. There was a real lack of sharpness in Limericks play, they lost shape and spent most of their time chasing instead of dictating.

Cork had some great performances in all parts of the field and they dragged Limerick all over the place.

Limerick will have learned a great deal. They have the capacity to come back from this and I have no doubt that they will.

This game will bring about a better focus. They might have felt they had done everything right leading into the game but championship has a way of educating the best of teams. This was a set back but nothing more than and I know John Kiely will have the machine back in order for Waterford.

The Limerick minor hurlers almost pulled off a great win as they went toe to toe with a very fancied Cork team.

The minor championship is wide open and Limerick could have a big say in it. The ongoing development in the underage academy is very important and while winning is welcome the production of players is the core ingredient.

Gerry McManus continues to financially support the work in the academy and without his generosity the process would be almost impossible.

It was fitting that there was a minutes silence at the Gaelic Grounds for former Bruff stalwart Denis Barrett.

He served his club in every officer position and was part of a committee that purchased the current field in mid 1950’s.

He also served the South Board and was a selector with the All Ireland winning team with Limerick in 1973. Denis Barrett was very passionate about the GAA.

He was not slow to speak his mind but he always did it for the right reason. He left his mark in Bruff GAA and contributed to the club for decades.

To his wife, family, club and friends I offer my sincere sympathies.