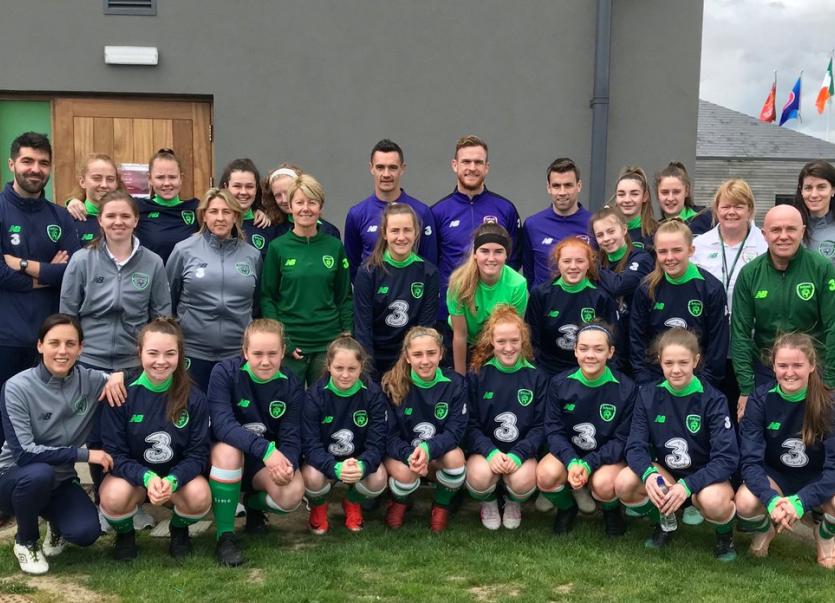 TWO Limerick FC players played key roles as the Rep of Ireland Womens U16 side scored a 4-0 victory over Belgium in a UEFA Development Tournament in the Czech Republic.

The Ireland squad is in the Czech Republic for the three-match tournament, which will also see them take on the hosts and the USA over the course of the next four days, having travelled on Sunday.

Under-16s manager Sue Ronan explained that it was a very challenging game for the players, despite what the score-line might suggest.

“I’m really delighted with the result. We were under a lot of pressure in periods of the game, particularly the first 15 to 20 minutes. They looked very fast and fit and we knew we were up against a good side. But we stuck at it and defended very well and they didn’t manage to take advantage. Our goalkeeper, Emma Ring also made some excellent saves, she had a great game,” said Ronan.

Ronan added that the tournament is of huge benefit to the players and that could be seen in the game by the way they reacted to being involved in such a tough test.

She said: “From our solid defensive start, we grew in confidence and got two goals before the break. They were always dangerous going forward and we were out of position for much of the game, so we are really happy that we got the result we did, adding to those two first half goals with two more in the second half. It’s a quick turnaround now before the next game, which is in 48 hours, so we’ll move on to preparing for that straight away.”