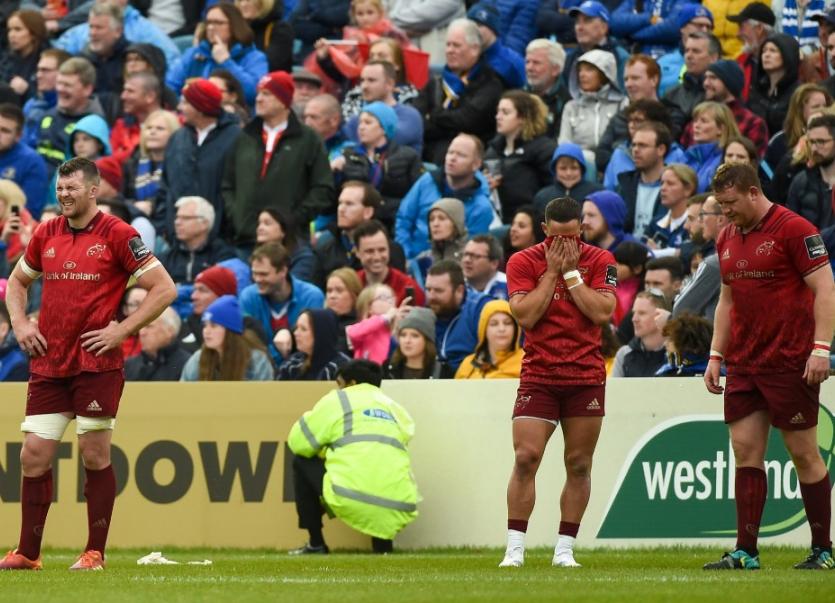 LEINSTER scrum-half Nick McCarthy is set to be the only new addition to the Munster squad for next season from outside.

Twenty four-year-old McCarthy joins Munster from Leinster at the start of the 2019/20 season after signing a two-year deal.

McCarthy has made 34 appearances in blue to date, scoring four tries. A former Ireland U20s player he made 18 appearances over two 6 Nations and World Championship campaigns. McCarthy came on as a replacement for Leinster in their Guinness PRO 14 semi-final win over Munster on Saturday.

McCarthy's arrival at Munster sees the departure of two scrum-halves this summer, Duncan Williams who had an 11-year career with the province where he racked up 163 appearances, while James Hart, who spent two years at Munster, making 16 appearances also departs.

Asked about any potential further new signings being added to Munster's playing pool this summer, head coach Johann van Graan said: “I’ve previously mentioned at this stage, we’re only getting Nick (McCarthy) in for next season and that’s where we currently stand.

“Obviously, with the World Cup coming up, there might be some short-term opportunities, depending on who goes to the World Cup but at this stage this is the group that we’ve got.”

Asked if he felt it was important Munster made some additions to the squad from outside, even on a short-term basis, in order to progress, van Graan said: “I think we’ll do our review first.

“It’s a constant process between the IRFU and Munster and currently that ’s the squad that we have.”