Limerick Hurling All Star Dan Morrissey: '75% of the panel don’t have a Munster medal' 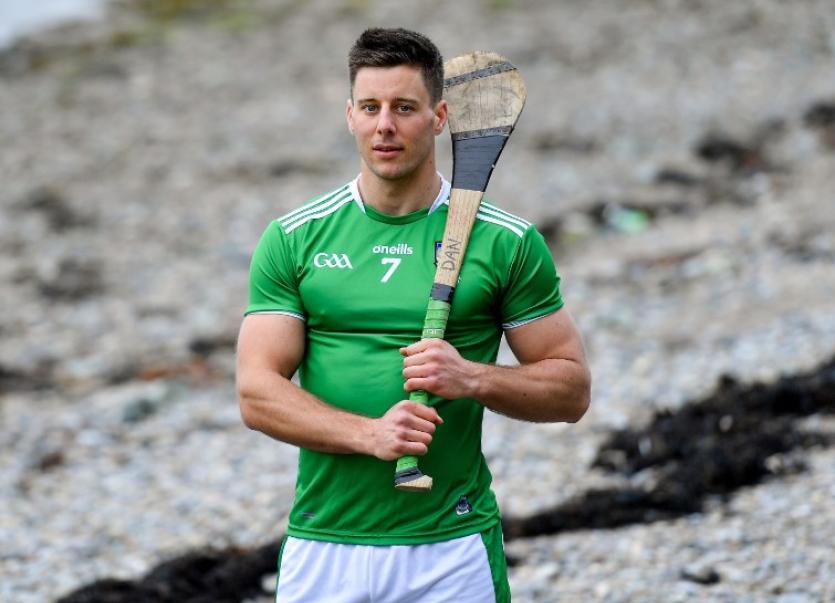 Dan Morrissey at the Munster SHC launch in Waterford

DAN Morrissey was among the Limerick supporters in the terrace the last time Cork were championship opponents in the LIT Gaelic Grounds.

The day of the never to be forgotten pitch invasion with Donal O’Grady lifting the Munster hurling trophy in the Mackey Stand.

“A full house in the Gaelic Grounds, with the sun shining in the middle of the Summer – a great day”, recalls Dan Morrissey with a broad smile.

“I was on the training squad for when they were doing 15-on-15 games - I would be brought in but I wasn’t on the official championship squad or anything like that,” explained the Ahane man.

“2014 was my first year on the panel so I just missed out on a Munster medal in 2013. There is only a handful left from that 2013 squad with a Munster medal so the vast majority of us don’t have a Munster medal and that’s obviously something the players want to win", he said ahead of Sunday’s Munster SHC opening round tie for Limerick with Cork.

“A Munster Championship medal is something that you grow up dreaming of winning. I remember going to Munster finals as a child and Limerick might not have been in them and it might have been Tipp or Cork winning and you would always dream of winning it with your county. Probably 75% of the panel don’t have a Munster medal so that is definitely a medal we would like to add to the collection.”

All-Ireland and Allianz League winners in the last nine months, Morrissey is keen for more silverware.

“We know that all five teams in Munster are All-Ireland contenders let alone Munster contenders - it’s going to be so hard to finish in that top three but we would prefer to go the direct route and like to get into a Munster final and win it and get into an All-Ireland semi final. Obviously if that doesn’t happen we would like to be third and get through - finishing in that top three is going to be very difficult and we know that.”

The defender added: “You want to win a Munster Championship and get directly to a semi final. When you win Munster you are guaranteed a few weeks off before the All-Ireland semi final to refocus. Obviously the first aim is to finish in the top three but if you can get to a Munster final and win it, that’s a big bonus”.

“Championship is where everyone wants to be winning games. It wasn’t that we set out to win the league but we took every game as it came and delighted to win a national league. When you are playing senior inter-county, a league, provincial and All-Ireland title are the three medals that you want to win and thankfully in the last nine months we have won two of them and the Munster Championship is the next big won we want to win.”

Cork up first and then Limerick have a free weekend but a run of three successive Sundays.

“With the way the championship is, you want to get off to a good start. If you get a win in your first game, you are setting yourself up nicely but if you lose you are obviously putting yourself under severe pressure leading into the next couple of weeks,” he said.

“In the last couple of years there has only been a puck off the ball in any of the games that we have played against Cork. We have built up a nice little rivalry and I am sure May 19 is going to be the same with not much between the teams,” stressed Morrissey.

“To be honest and especially with the age profile of the team, I don’t think we let expectation get to us too much. A lot of the lads are used to winning underage at minor and U21 and you just take every game as it comes and try to win it and try to ignore what is happening outside the training camp and what other people are thinking,” said the All-Star defender.

“In terms of hurling we have come into this year, the same as we came into last year and that’s the focus on game by game and as players we focus on hurling and we won’t pay any attention to what is happening outside of that.”