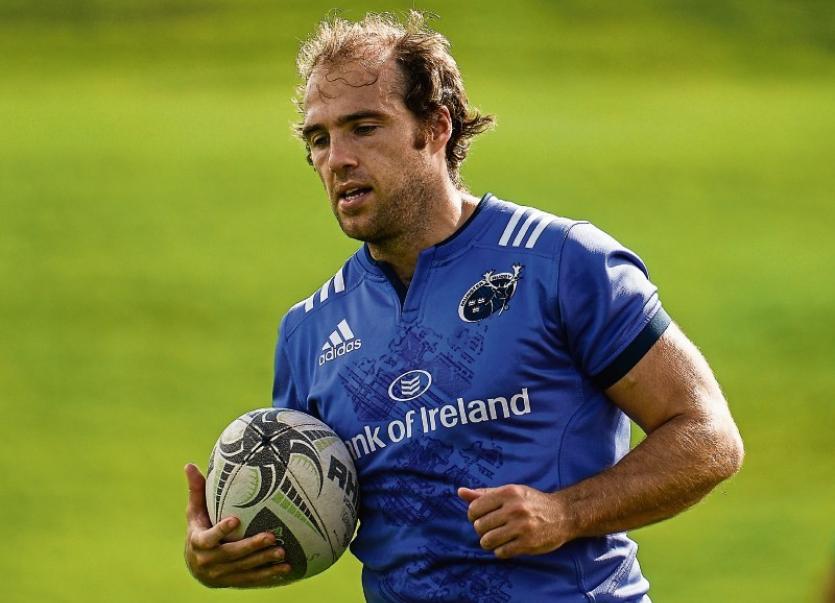 MUNSTER Rugby have confirmed that four players, Duncan Williams, Mike Sherry, Dave O’Callaghan and James Hart, will depart the province at the end of the season.

With Ian Keatley, Stephen Fitzgerald and Jaco Taute already confirmed for moves to respective PRO14 and Premiership clubs, Dave O’Callaghan and James Hart will play their club rugby in France next season.

Scrum-half Duncan Williams comes to the end of an 11 year career with the province during which time he made 163 appearances in red and scored 7 tries.

The 33-year-old played a lead role in Munster’s historic wins over Australia and the Maori All Blacks in Thomond Park, and enjoyed Magners League success in 2011.

A consistent performer who was ever present over the years, the Corkman’s durability was highlighted during the 2016/17 season when he featured in 31 of 33 match-day squads.

Earlier this season a pivotal moment in Round 1 of the Champions Cup saw the Munster stalwart produce a momentum-shifting play when he tracked back for a try-saving tackle in the 10-all draw against Exeter Chiefs.

Mike Sherry, who joined Gloucester on a loan-deal in March, made his Munster debut in 2009 and scored 12 tries in 108 appearances for the province.

The hooker enjoyed Magners League success and featured in Munster’s historic win over Australia during the 2010/11 season.

He battled back from injury to captain the province when making his 100th Munster appearance against Ulster in April 2018.

A product of the Munster system, Dave O’Callaghan made his Munster debut as a 21-year-old against Ospreys in October 2011.

The 2011/12 campaign was a real breakthrough year for O’Callaghan as he also made his Champions Cup bow and was awarded Academy Player of the Year.

After establishing himself as a key member of the squad in the following seasons, O’Callaghan scored his first Munster try on his 32nd appearance against Leinster on St. Stephen’s Day 2014.

The 29-year-old has gone on to score five tries in 85 appearances for the province.

The 28-year-old scrum-half also made six appearances for Munster A in the British & Irish Cup and the Celtic Cup.

With Ronan O’Mahony confirming his retirement from professional rugby in April, it brings the total to eight players departing the province at the end of the season.

The players will be recognised on the big screen during half-time at Munster’s Guinness PRO14 quarter-final against Benetton in Thomond Park tomorrow.