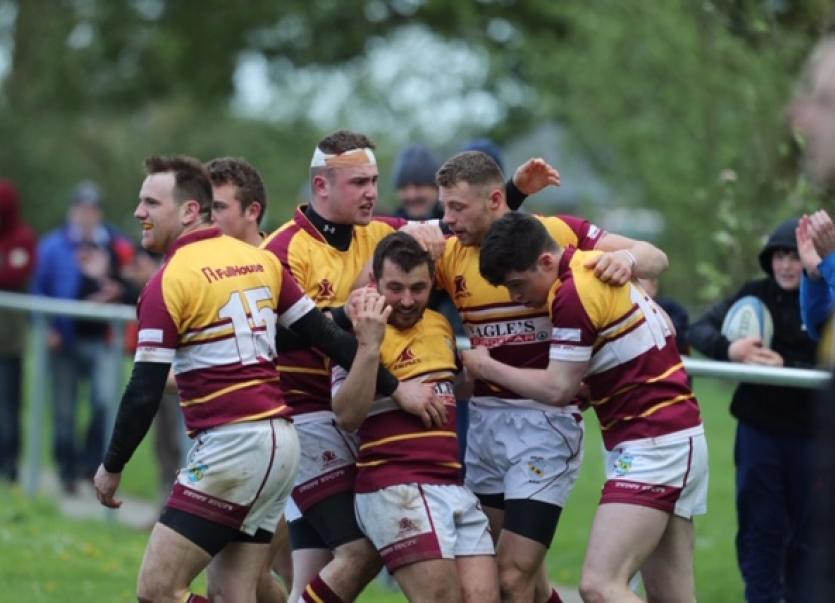 BRUFF RFCs bid to gain promotion to Division 2B of the All-Ireland League for next season ended in disappointment when the Limerick side suffered a 36-13 defeat to Malahide in their play-off game played at Kilballyowen Park on Saturday afternoon.

Bruff looked to hold more than a fighting chance of gaining promotion to 2B when holding a 13-8 interval lead. The South Limerick side led 13-8 at half-time with a Cian Clifford try adding to two penalty goals and a conversion from the boot of Davy O'Grady.

However, Bruff failed to score in the second half as Malahide racked up 28 unanswered points to ease to victory.

While disappointed not to have gained promotion at the end of a long season in Division 2C, Bruff can look back on their campaign with pride as they had to rely on winning a relegation play-off to secure their very All-Ireland League status just 12 months ago.