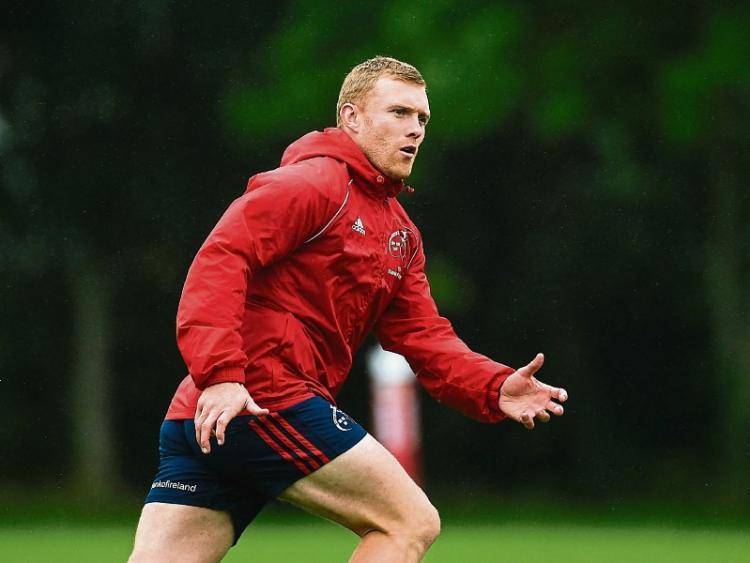 Winger Keith Earls has been ruled out of Munster's big Heineken Champions Cup semi-final against Saracens at the Ricoh Arena, 3pm

MUNSTER have been dealt a major blow ahead of Saturday's mammoth Heineken Champions Cup semi-final with winger Keith Earls ruled out of the game through injury.

Earls' place on the left wing for the clash with Gallagher Premiership giants Saracens at the Ricoh Arena, Coventry, 3pm, has been taken by Darren Sweetnam.

As expected, New Zealander Tyler Bleyendaal will start at out-half with Ireland international Joey Carbery ruled out with a hamstring injury.

In all Munster make 12 changes to the side that earned an impressive win away to Benetton in Italy last weekend as Mike Haley, Sweetnam and Jack O’Donoghue keep their places.

Munster captain Peter O’Mahony leads the side on his 50th Champions Cup appearance. O’Mahony has started each of his 49 appearances in the competition to date, including all 23 of the province’s Champions Cup games over the last three seasons.

Haley starts at full-back with Andrew Conway on the right wing.

Rory Scannell and Chris Farrell form the centre partnership with Conor Murray and Tyler Bleyendaal in the half-backs.

Dave Kilcoyne, Niall Scannell and John Ryan pack down in the front row with Jean Kleyn and Tadhg Beirne in the engine room.

Saturday's semi-final clash will be televised live on BT Sport.

The second row made his debut in the competition back in the 2010/11 season. Scrum-half Richard Wigglesworth’s return from injury will see him reach a century of games in Europe from the bench.

Captain Brad Barritt has recovered from an ankle injury to slot back in at inside centre alongside Alex Lozowski.