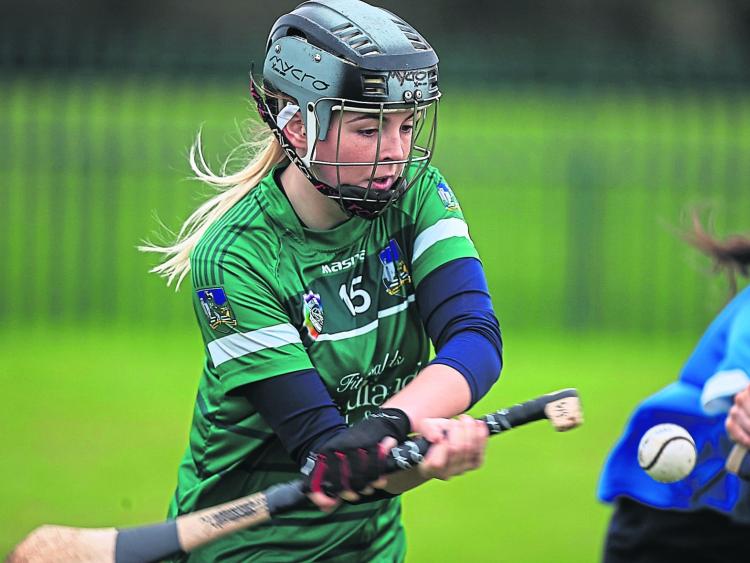 WHEN Limerick and Rebecca Noonan entered the fourth quarter of their Littlewoods Ireland Camogie Leagues Division 3 Semi-Final, they trailed Clare by four points and looked to be on their way out of the competition.

Their neighbours had gotten the better of the Shannonside derby in the opening group game seven weeks previously and so the form book looked to be holding up.

But Colm O’Brien and his management team - which includes Noonan’s aunt Teresa, a former Limerick and London player - had inculcated a real sense of unity and purpose in their troops as the season developed, and they overturned the deficit to win by four, placing them within an hour of a first Division 3 title when they played Kildare this Saturday.

Rebecca Noonan played a significant role in the victory, scoring seven points but the Granagh-Ballingarry sharpshooter is quick to emphasise the collective progress.

“We were happy with how we played” Noonan asserts.

“We gelled as a team. The matches before that we were struggling to play with each other, we were playing individually. But in the Clare match we gelled as a group which is great. It was a very sweet victory. They were coming out expecting to beat us so we were delighted with the win," she said.

Noonan is accustomed to a free-taking role, having always taken them with the club. And when you’re taking them in a side that is habitually competing at the sharp end of county and provincial Championships, you clearly have the goods.

Being surrounded by the many eminent figures that brought three All-Ireland Senior crowns to the club had an impact from the moment the now 21-year-old first laced up her boots. To play with some of them has been an honour of a lifetime and a valuable opportunity to learn.

“I have been playing since I was six years old. I just love it. I was playing U-10 when I six. I always looked up to the likes of Vera Sheehan and Eileen O’Brien, the legends in Camogie. Vera has 19 county medals which is just unbelievable. I always look up to her. I have played with her for the last six and a half years. If you want someone to motivate you before a match, she is the one to go to. She will get you going. But there are so many role models around," said Noonan.

Noonan has been a member of the Senior squad and played in Division 1 in the past. Playing at the highest level appeals to her but the commitment is huge.

“I said this year I would prefer the Juniors. With work and everything else, I couldn’t commit fully. I will see what way things go this year.”

She is enjoying where she is at right now.

“We would be normally running with the ball mostly. It is mainly a younger team. We have a few older people. But we don’t really take into consideration the age.”

The fortunes of the county’s hurlers have the people of Limerick walking an inch or too taller. Noonan and her colleagues would like a little taste of the success John Kiely’s charges have enjoyed in the past year.

“It is a great buzz around the county after the hurlers won the All-Ireland last year. You just want to get the winning feeling and you’d like a bit yourself.”

She expects to be nervous tomorrow morning. If she didn’t, something would be wrong. It is anticipation as much as anything. Once the whistle is blown, instinct kicks in.

Winning a national medal would be a prized achievement but a Kildare team that defeated them by two points in Hawkfield at the end of February will be difficult to overcome.

“It was a close match. I would say it will be a close match again for the Final. Our touch is way better now. We are constantly working on it in training and just trying to keep it up. I wouldn’t know much about them personally but they are a good team, from the last time we played them. They are very physical so we have to bring that on Saturday," said the Limerick top-scorer.