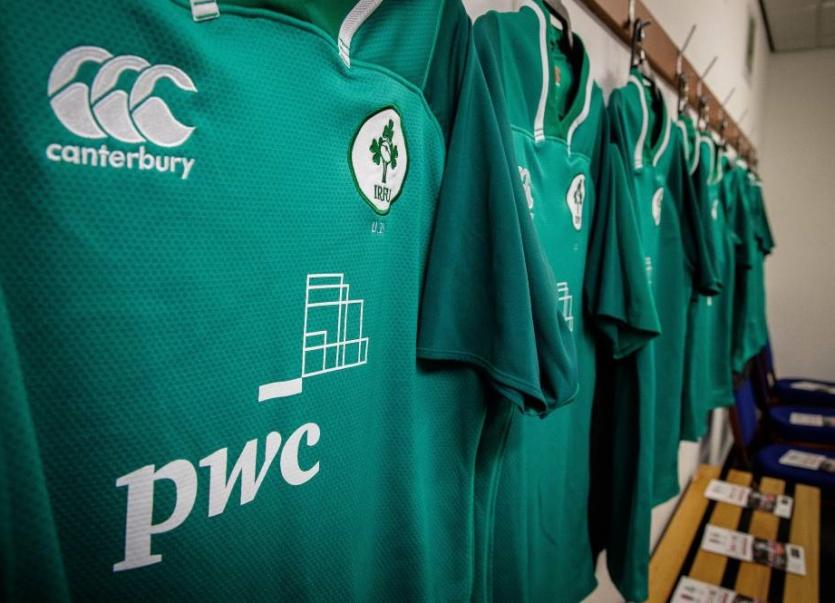 THREE Limerick-based players were members of the Ireland Under-19 squad which ended the France U-20 Development team’s seven-Test unbeaten season with a terrific 21-17 comeback win in Lumio, Corsica on Tuesday night.

A last-minute try from Mark Hernan, St Michael’s Leinster Schools Senior Cup-winning captain, sealed the result for the Ireland side coached by Limerick man Tom Tierney. Ireland U19s had recovered from 10-0 and 17-7 deficits during the course of the game to score a thrilling victory.

Shannon RFC second-row Thomas Ahern was included in Ireland's engine room for Tuesday night's fixture, while Charlie O'Doherty, of Newcastle West RFC, was included among the replacements, along with Young Munster's Paddy Kelly.

Munster Academy 19-year-old lock Thomas Ahern is close to 6 foot 6 inches tall and has also represented both Munster and Ireland at U18 Clubs level.

Replacement second row Paddy Kelly played for Munster ‘A’ in the recent Cara Cup in Boston. The former St Munchin's College player has also represented the Ireland U18 Clubs and Schools side.

Highly-rated Newcastle West scrum-half Charlie O'Doherty has also lined out for the Ireland Under-18 Clubs and Schools side previously.

In winning on French soil, Tierney’s class of 2019 followed in the footsteps of the Ireland U-19 team of 2015 which defeated France 13-10 at Marcoussis during the annual two-match series. Current senior internationals Jacob Stockdale and Andrew Porter were part of that squad.

Ireland will have an opportunity to complete a 2-0 series win over the French at Stade Armand-Cesari in Bastia, Corsica on Easter Saturday, kick-off 7pm Irish time.