LIMERICK GAA are to explore selling the naming rights to Mick Neville Park in Rathkeale.

The news comes in a week where it was confirmed a new 10-year partnership had been agreed to rename Limerick GAA Headquarters to LIT Gaelic Grounds.

The deal with the Third Level Institute comes into operation on May 1 and is worth €300,000 to Limerick GAA - €30,000 per annum, as well as a host of partnership deals.

“This is a far deeper relationship than a typical commercial one, and brings with it huge benefits that a conventional commercial relationship simply could not deliver,” said Limerick GAA chairman John Cregan.

“This partnership helps bring Limerick GAA to another level. We are on an exciting trajectory and this partnership reflects that new energy and vibrancy. LIT and ourselves are close neighbours on the Northside of the city, and we are very much building on the shared history of our two bodies here. By partnering like this, we are reaching into each other’s communities, unlocking a range of benefits for Limerick, for our clubs and for students,” explained Cregan.

With the Gaelic Grounds deal complete, Limerick GAA officials are to turn their head to Mick Neville Park.

A recent planning application will see a new 600-seater stand, four new dressing rooms and a gym built in the ground – costing approximately €1-million. While that money is already secured, any naming rights deal would allow for further development. 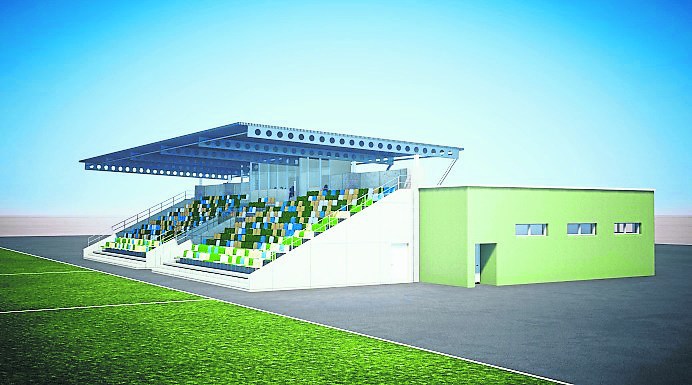