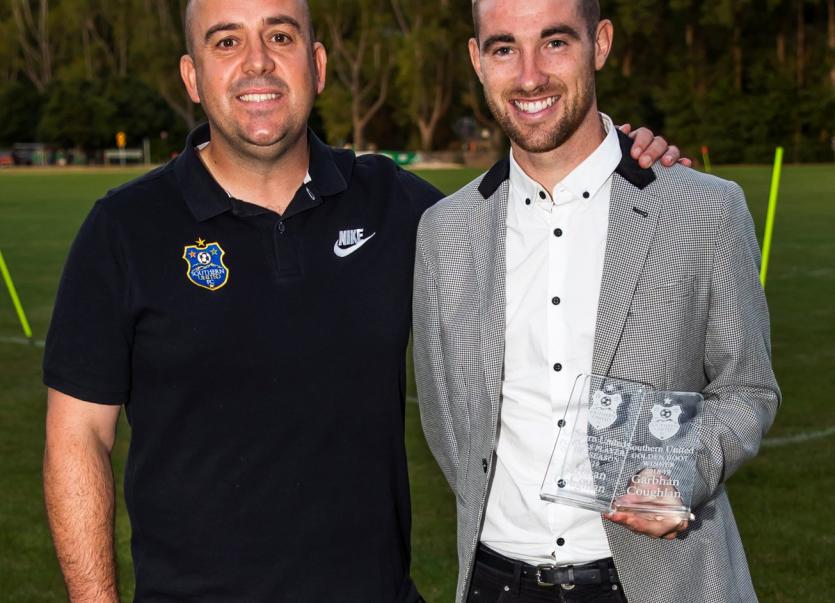 LIMERICK soccer striker Garbhan Coughlan has moved to a new club in Christchurch.

Limerick man Coughlan scored 13 goals in 18 appearances for Southern Utd this season in the ISPS Handa Premiership following on from his 8 goals in 13 appearances the previous season.

The talented striker finished in third place on 26 points in the ISPS Handa Premiership MVP standings for the 2018/19 season.

Coughlan left Limerick FC by mutual consent in August 2017 to make the switch to playing in New Zealand soccer's top league. The Raheen man started out playing with Mungret Regional.

The consistent goalscorer had signed for Limerick FC at the start of the 2010, breaking into the first team that season, scoring on his debut away to Longford Town in September.

After spending the season on-loan, Coughlan joined Athlone on a permanent basis for the 2014 campaign in the First Division. He went on to score five times in 15 league appearances for the Midlands club before leaving before joining his local club Regional United for the 2015 season.

Garbhan impressed during his spell with Regional and in January 2016, he returned to Limerick ahead of the 2016 First Division season.

Limerick won the First Division title that year and Garbhan weighed in with five goals from 19 league appearances, before returning to the club in the Premier Division in 2017.