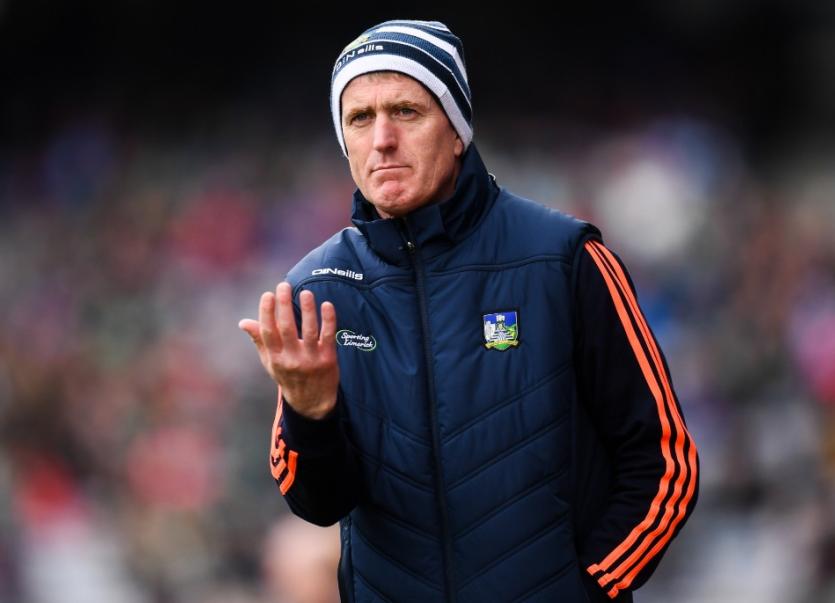 THERE will be no resting on their league ‘laurels’ for the Limerick hurlers, vowed manager John Kiely.

Limerick had just ended a 22-year for a 12th hurling league title and the manager was suggesting the next target for his all-conquering heroes.

“Look at Rory McIlroy, how long he was been waiting for that major that he can’t get. You gotta hunt it down every time you get a chance. For these guys, the Munster championship is the next opportunity. Who knows the day you lose that chance – you might get an injury, work commitments, whatever might send you on a different direction in life and you mightn’t get that medal,” he outlined.

“You have to seize the moment when the moment comes. That’s very important for these lads,” said Kiely after Limerick added league honours to their Liam MacCarthy Cup title win of last August.

After bridging a 45 year gap last Summer, this league title was a first since 1997.

“For these guys, they don’t look at it like that. They just see it as a competition they haven’t got a medal from and they want to go and get a medal,” said the manager.

“I think we are a stronger panel,” accepted Kiely after an eight game league title winning run that saw him use 33 players.

“I think we are stronger, mentally, than what we were this time 12 months ago, that bit of confidence is there. They have a lot of reference points. Last time out against Dublin, we had to win by grinding it out in different circumstances. We have adapted to games in a more mature fashion than we have in the past. At the end of the day, it was the league. We move on. It is the next competition now. It is hugely satisfying at the same time.”

He added: “Listen, it is satisfying to have had a solid league without being spectacular”.

“We know the championship will be hot and heavy when it does come. These games will be a hell of a lot tighter come championship. There is no two ways about that. I was in Walsh Park when Clare visited really and we saw what happened there. Waterford were savage that day. There is a long year ahead, an awful long way to go.”

Limerick begin their Munster SHC on May 19 with Cork in the Gaelic Grounds.

“We’ll sit down, refocus. They’ll play their club championship matches which is effectively a rest from us, they won’t see or hear from me for three or four weeks, I’m sure they will be thrilled!”