Ireland rugby squad to prepare for World Cup in Limerick 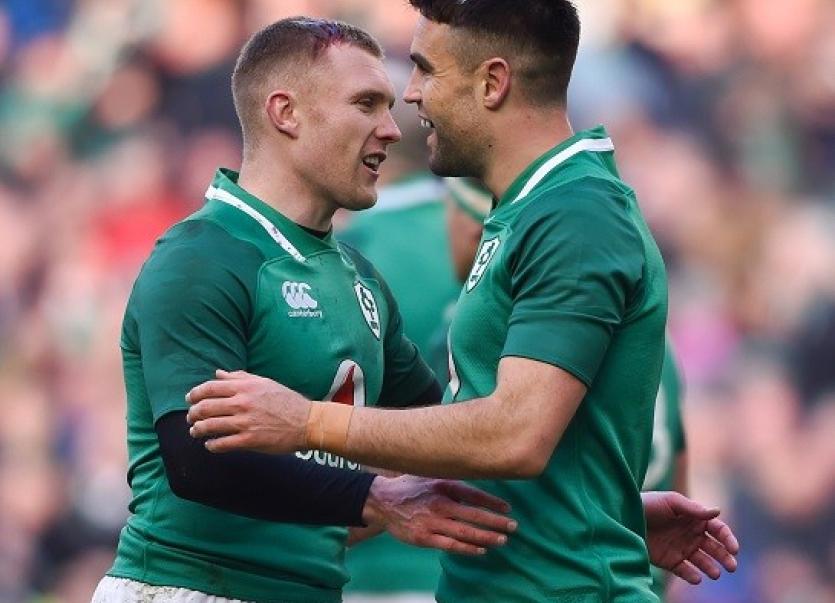 THE Ireland rugby squad is set to spend a week based in Limerick this summer as part of their build-up to next autumn's Rugby World Cup in Japan.

Joe Schmidt's are set to hold a week-long training camp at the University of Limerick next July. The squad is set to use the gym facilities at Munster's impressive gym at their High Performance Centre as well as the playing pitches on the campus as well as the new running track.

The Limerick training camp will be a crucial element of Ireland's build-up to the Rugby World Cup in Japan. Schmidt's side kick-off their World Cup Pool schedule against Scotland in Yokohama City on Sunday, September 22.

Before that, Ireland will face World Cup warm-up games against Italy at the Aviva Stadium on August 10, against England at Twickenham on August 24 and finally two meetings with Wales, firstly in Cardiff on August 31, before a return game against the recent Gland Slam winners in Dublin on Saturday, September 7.

Director of Sport and Recreation at UL, Dave Mahedy said: “The fact the Irish rugby squad will be spending a week with us at UL this summer ahead of the World Cup is a great vote of confidence in our facilities.

“They are no strangers to the place, Joe Schmidt himself would have been here on a regular basis when he calls into Munster training.

“They have the option of all the different facilities we have at UL.

“It is an endorsement of the facilities we have and what we have been working towards. Out catchphrase is that we cater for 'the basic beginner to the Olympic-elite athlete' and the Irish rugby team are our elite athletes.

“We will also have other events going on at the campus at the same time which is brilliant.”

It is also understood that another Six Nations side has made enquiries about the possibility of having a training camp at UL as part of their World Cup preparations during the summer.