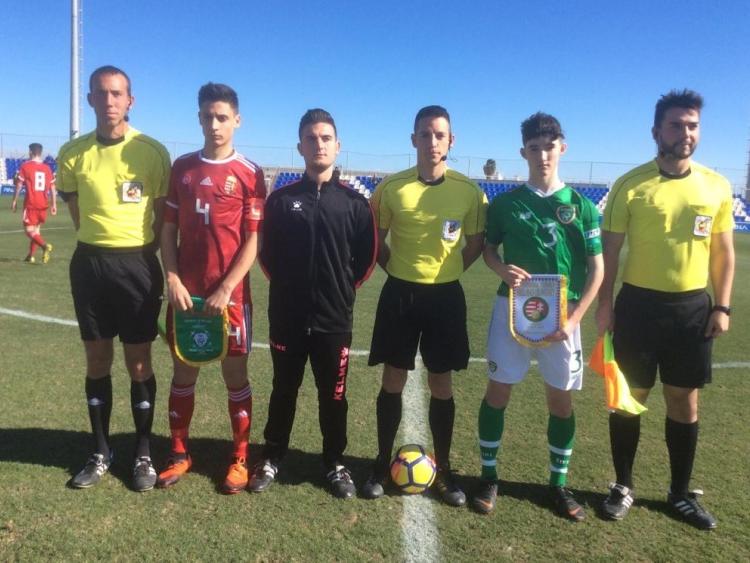 Limerick's John Ryan. second from right, pictured here captaining the Rep of Ireland U15s in their recent friendly with Hungary in Spain

LIMERICK teenager John Ryan has been included in the Rep of Ireland U15 squad for two international friendly games in Czech Republic next week.

The Rep of Ireland U15s will play two games against their hosts, the Czech Republic, in Pilsen on Tuesday next April 2 and Thursday, April 4 in the final trip of the current season.

Ryan has already made seven appearances for the Rep of Ireland U-15s since making his debut for the side in Poland last November. In addition, he has featured in another double header away to Cyprus and a four team tournament in Spain against the host nation, Holland and Hungary, the latter as captain.

The versatile Ryan, a third year student at Castletroy College, is a past pupil of Milford NS and Gaelscoil Castletroy.

Fifteen of the 18-player Rep of Ireland squad due to travel to the Czech Republic ply their trade for home-based clubs.

With the SSE Airtricity Under-15 League having gotten underway in recent weeks, the double-header for will act as a test for Donohoe's group who have already played five games so far this year, including two friendlies against Cyprus earlier this month.